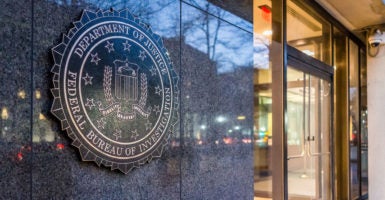 The reauthorization earlier this month of Section 702 of the Foreign Intelligence Surveillance Act (FISA) is a reaffirmation that America must continue to have the best possible tools at its disposal to counter dangerous adversaries and the evolving threats that we face in a volatile world.

Section 702 allows the government to target non-U.S. persons reasonably believed to be located outside the United States in order to obtain foreign intelligence.

The most significant modification made to Section 702 pertains to one particular additional requirement for the FBI. That change requires that when the FBI wishes to query and potentially use Section 702 information in support of a criminal investigation, it must obtain a warrant on a case-by-case basis.

The lawful collection of communications under Section 702 of specifically identified individuals remains vital to countering the evolving threats from international terrorism, proliferation of weapons of mass destruction, and espionage against America’s vital interests.

The reauthorization of Section 702 for six years provides the men and women of the intelligence community a tool that has proven to be one of the most critical collection capabilities available in identifying and subsequently thwarting those threats.

A few years ago, the Privacy and Civil Liberties Oversight Board reported publicly that more than a quarter of our international terrorism reporting was based in whole or in part on information collected under this authority.

The new extension of Section 702 without significant amendments was opposed by some legislators for fear that this FISA provision allows the government to collect data carte blanche on U.S. persons. They remain critical of the Section 702 program because of what they claim amounts to warrantless collection against U.S. persons.

This criticism is misguided and unfair.

Under Section 702, the attorney general and the director of national intelligence jointly authorize surveillance of people who are neither U.S. citizens nor permanent residents of the U.S.

The Foreign Intelligence Surveillance Court also plays a key oversight role. Under Section 702, it remains expressly prohibited to attempt collection of information from targets inside the U.S.—whether Americans or foreigners—or to deliberately target the collection of online communications of U.S. persons.

The law still requires the government to develop “targeting procedures”—the steps the government needs to take in order to ensure that the target is offshore at any time the electronic surveillance is undertaken.

What’s more, the Foreign Intelligence Surveillance Court must approve these procedures. A cellphone number, for example, remains the same whether the phone is physically overseas or in the U.S., and the fact that someone has a U.S. cellphone number does not necessarily indicate whether the owner or user of that cellphone is a foreigner or an American.

Therefore, there is no change in the targeting process. The targeting will still be tied to the geo-location of a phone and some knowledge about the owner/user, rather than solely the tracking of phone’s number.

In giving our intelligence community professionals the greatest amount of flexibility in collecting vital information under the reauthorized Section 702 provision, ultimately, it is the targeting procedures, not individual targets, that must be approved by the U.S. Foreign Intelligence Surveillance Court.

The reauthorized Section 702 did minimal damage in terms of restoring a barrier between foreign and domestic intelligence. The FBI will still be able to query Section 702 data when a national security case is being investigated by the FBI.

Placing a requirement to get a warrant for every query on the FBI would have unnecessarily created a disincentive for the FBI to query Section 702-collected information and would have introduced unnecessary delays for the FBI in addressing national security threats.

There is no other collection program with more rigorous oversight than what is in place for Section 702. Multiple layers of oversight by all three branches of government have oversight responsibilities. The reauthorization Section 702 has enhanced the whistleblower protections for those who witness unexplained collection anomalies.

The American people should be assured that their civil liberties and privacy rights are not being violated with this program. Rather, as a result of this reauthorization, Americans should have a sense that they are being better protected from foreign threats emanating from the Section 702 capabilities.

Multiple checks and balances are applied to this program, and that should give every American a sense of comfort that their Fourth Amendment rights are not being violated.