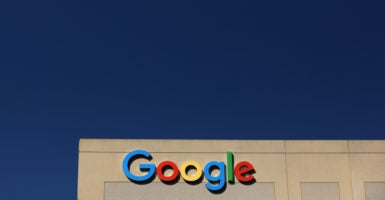 James Damore, a former Google engineer who was fired after criticizing the company’s diversity policies, filed a class-action lawsuit against the tech giant Tuesday.

The lawsuit describes a corporate culture in which managers and employees alike conspire to stifle conservative views and retaliate against conservative employees, while implementing race- and gender-based hiring and advancement criteria that may be unlawful.

Damore was fired in August 2017 for disseminating a memo critical of the ideologies that prevail among most Google employees and managers. The document attracted significant press attention.

“Portions of the memo violate our code of conduct and cross the line by advancing harmful gender stereotypes in our workplace,” Google CEO Sundar Pichai wrote in a company-wide email that attended his termination.

“We look forward to defending against Mr. Damore’s lawsuit in court,” the company told Fox News by email.

Other conservative Google employees joined Damore’s lawsuit. They are represented by Harmeet Dhillon, an employment discrimination and civil rights lawyer. Dhillon was interviewed for a senior post in the U.S. Department of Justice in the early days of the Trump administration.

The complaint opens with an animated description of company culture, alleging that Google is an “ideological echo chamber” impatiently hostile to conservative views. It reads:

Google employees and managers strongly preferred to hear the same orthodox opinions regurgitated repeatedly, producing an ideological echo chamber, a protected, distorted bubble of groupthink. When Plaintiffs challenged Google’s illegal employment practices, they were openly threatened and subjected to harassment and retaliation from Google. Google created an environment of protecting employees who harassed individuals who spoke out against Google’s view or the “Googley way,” as it is sometimes known internally. Google employees knew they could harass Plaintiffs with impunity, given the tone set by managers—and they did so.

The alleged harassment is recounted in detail.

Damore’s lawsuit elicited intense antagonism from the ranks of Google employees, who style themselves “Googlers,” in internal communications. Googlers in upper management allegedly shared this vitriol. One Google director, George Sadlier, sent a mass email Aug. 3, 2017, condemning Damore as “repulsive and intellectually dishonest.” He went on to promote posts threatening violence against Damore.

A torrent of belligerent communications followed the email. One Google engineer named Alex Hidalgo sent Damore a message the following day, promising to “hound him” until corporate leadership intervened.

“You’re a misogynist and a terrible person,” the message read. “I will keep hounding you until one of us is fired. F— you.”

The lawsuit includes screenshots of other Google employee messages agitating for the dismissal of conservative personnel: A Google employee threatens to quit if conservative personnel are not fired. Several employees were apparently awarded “peer bonuses” for disparaging Damore’s views. A “peer bonus” is one of Google’s peer-to-peer recognition systems, through which employees recognize one another for exemplary work with small cash bonuses.

The lawsuit cites one such bonus, in which an employee named Matthew Sachs recognized a colleague named Simone Wu for “speaking up for googley values and promoting [diversity and inclusion] in the wretched hive of scum and villainy that is [Damore’s memo].” The Google Recognition Team approved the bonus.

A second employee who joined Damore’s suit, David Gudeman, was terminated after voicing dissent from an August 2015 memo conflating the marginalization of minorities with white privilege. Kim Burchett, a manager, wrote and circulated the memo among staff.

Gudeman openly criticized the document through company channels, occasionally using hyperbolic rhetoric that compared Burchett’s directive to slave codes. Burchett reported Gudeman to HR, which assessed a verbal warning against him in September 2015.

One year later in December 2016, Gudeman was fired after he expressed skepticism toward a colleague who claimed that the FBI profiled him on the basis of his Muslim identity. The exchange began after the colleague urged Google to “take a public stand to defend minorities and use its influence,” following Donald Trump’s election to the presidency.

A third group of unnamed employees cited as potential class members included their own allegations in the complaint. The employees requested anonymity for fear of retaliation.

One employee received a final warning letter from human resources that repudiated his attempts to establish a permissive political environment at Google. The letter says the employee’s statements to fellow Googlers compromised their commitment to a respectful culture. Examples of offending statements include:

Offensive statements made by an unnamed Google employee.

A final warning letter is the last administrative penalty before termination, per company policy. The statements included in the complaint do not appear to be a comprehensive list of every sanctioned statement.

Another unnamed employee who holds socially conservative political views complained to HR about a particularly bitter manager who falsely alleged the employee was involved in a “doxxing” campaign to expose an unidentified party to harassment. The same manager later suggested that the employee relations department review emails sent on the “[email protected]” listserv, and apply the company speech code against employees discussing politics outside the workplace.

The same manager further threatened that any employee supporting the Damore lawsuit would be terminated.

Google HR allegedly reviewed the manager’s conduct and agreed that he acted inappropriately, but took no serious punitive action.

Another trio of managers—Adam Fletcher, Jake McGuire, and Nori Heikkinen—endorsed “blacklisting” conservative employees on an internal message board in August 2015.

“I will never, ever hire/transfer you onto my team. Ever,” Fletcher wrote with respect to conservatives. “I don’t care if you are perfect fit or technically excellent or whatever. I will actively not work with you, even to the point where your team or product is impacted by this decision. I’ll communicate why to your manager if it comes up.”

McGuire and Heikkinen expressed agreement in subsequent messages. The sequence was precipitated when a “Republican employee” complained about disparate advancement opportunities for openly conservative personnel.

During this same period, another manager, Paul Cowan, relayed his support for blacklists, announcing that he kept a mental blacklist of colleagues who hold “dunderheaded opinion[s] about religion, about politics, or about ‘social justice’” on an internal message board.

“If I had to work with people on this list, I would refuse, and try to get them removed; or I would change teams; or I would quit,” he wrote.

The complaint also speaks of pervasive but informal practices through which employees “block” colleagues with heterodox political views on company social media and communications platforms. Such “blocking” is detrimental to advancement, since employees are not placed on project teams with other Googlers who have “blocked” them.

All told, the problem was serious enough to provoke a meeting between conservative employees and Paul Manwell, chief of staff to Pichai, the Google CEO, on Sept. 8, 2017. The meeting appears to have yielded little by way of results, while other Googlers revealed that senior vice presidents sanctioned unofficial blocking and blacklisting during an October 2017 meeting, though the lawsuit is not specific as to what was said during the meeting.

Hypersensitivity to Race, Gender, and Sexuality in Company Culture

The complaint also alleges that Google fosters an HR architecture obsessively attentive to race, gender, and sexuality. The suit claims the company relies on illegal racial or gender quotas in personnel decisions, and promotes a work culture deeply intertwined with identity politics.

Most seriously, Damore alleges that the company uses illegal hiring quotas to meet desired numbers of female and minority employees in every facet of the hierarchy.

At a subsequent “diversity summit” in June 2017, Google leadership reiterated its commitment to racial and gender preferences. Presenters allegedly described employment policies that place minority applicants in “high priority” queues for hiring or advancement, treat minority applicants differently during interviews, and place new hires in specific environments on the basis of gender or ethnicity.

The company also maintains diversity programs meant to improve technical proficiency for minority employees or interns. Such programs are allegedly open only to employees with specific immutable traits. One such program, “BOLD,” is an internship offered only to women and minorities. Another class, “Stretch,” is only open to women.

Such ethnic- or gender-specific programs may be unlawful.

The company’s interest in diversity allegedly encourages a culture of extreme identitarian commitments.

For example, Google curates email lists for employees with fringe lifestyle characteristics like polygamists, furries, and pluralists. Furries interact sexually while dressed as animals. Examples of “pluralist” Google employees include one Googler who sexually identifies as “a yellow-scaled wingless dragonkin,” according to the complaint. Said employee gave a presentation at a company event called “Living as a Plural Being,” with a colleague who sexually identifies as “an expansive ornate building.”

Employee social and political views are allegedly so extreme that “a large number of Googlers” use the antifa insignia as their corporate profile picture. The complaint only produces one such example.

Google will respond to Damore’s complaint in the coming weeks.