In Europe, You Can’t Google Those Embarrassing Photos Anymore 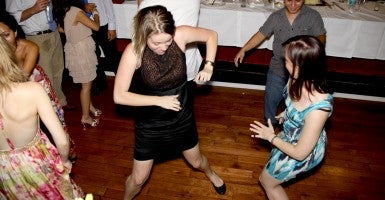 Do you ever wish that that video of you dancing at your cousin’s wedding could just be erased from the Internet? (Photo: Eli Christman)

Do you ever wish that that video of you dancing at your cousin’s wedding could just be erased from the Internet?  Or that photo of you from 1975 sporting a leisure suit?  So, apparently, do thousands of people in Europe.

In one of the worst public policy decisions in European history  (and that’s saying a lot), the European Union Court of Justice ruled on May 13 that such embarrassments must, as a matter of law, be scrubbed from the Internet, or at least be  made much harder to find.

Calling it the “right to be forgotten,” the court ordered online search engines such as Google to remove links to information, on request, that is “inadequate, irrelevant or no longer relevant.”

The particular case involved a Spanish man who wanted records of a bankruptcy sale scrubbed from view. But the range of information that could fall under the order is virtually endless, as Google has discovered since putting an online application for deletion on its European websites.

In the first four days alone, the folks at Google got 40,000 requests for suppression of information, at one point coming in at a rate of seven per second. Applicants included  a convicted child pornographer, a politician seeking re-election, and a doctor with unfavorable online reviews of his work.

Sorting out those deserving of a second chance from those who aren’t is a task that even St. Peter would find daunting.  Yet the EU expects Google to dispense judgment on each of these thousands of cases, all of them subject to appeal to and reconsideration by European regulators.

This is unbelievably silly.  What sort of information is “relevant”?   Does it matter if the person is a public figure?  What if they may become a public figure later?  What if they become a criminal later?  Faced with an impossible task, and substantial legal penalties, Google and other search engines likely will err on the side of expunging more data, not less.   That will make much vital information harder to find (though it will still be on the Internet – since only the search engine link, not the data itself, is to be deleted).

The result of this censorship will be massive, and pointless, violation of principles of free expression in Europe. Sadly, free speech rights have never been taken as seriously in Europe as in America: the European Charter of Human Rights gets around to free speech only 11th in its list of rights, and then only subject to eleven exceptions. Yet even for Europe, this type of censorship represents a new low

The only good news is that this new censorship law does not apply in America, despite some disturbing talk that it should.   We can only hope that any such talk will be quickly and permanently forgotten.