We Must Protect Free Speech on College Campuses 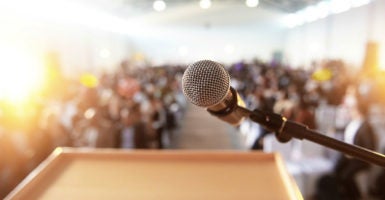 A number of well-known conservatives have been shut down on college campuses in recent years. (Photo: iStock Photos) 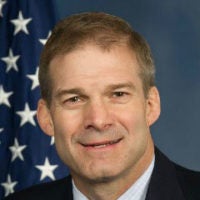 Jim Jordan is the U.S. representative for Ohio's 4th congressional district. He serves as chairman of the House Oversight and Government Reform Subcommittee on Health Care, Benefits, and Administrative Rules.

“The history of intellectual growth and discovery clearly demonstrates the need for unfettered freedom, the right to think the unthinkable, discuss the unmentionable, and challenge the unchallengeable.”

This quote, taken from the 1974 Woodward Report at Yale, summarizes the policy that was, for years, the gold standard of what free speech on campus should look like.

But conservatives, and many liberals, too, recognize that many colleges and universities in our great country have reversed course and are now using their power to suppress free speech on campus.

You need look no further than the recent violent protests at the University of California, Berkeley over Ann Coulter and Ben Shapiro to know that conservative guest speakers have increasingly been disinvited, shouted down, and denied the right to speak.

But everyday students are being silenced as well. What sometimes starts with “trigger warnings” and “safe spaces” evolves into Oregon University establishing a “bias response team” where students are encouraged to report anything that makes them uncomfortable, in order that the university may start an investigation and attempt to “eliminate” the controversial topic.

We saw the dampening effect the IRS targeting of conservatives had on the free speech rights of individuals and groups opposed to Obamacare.

Now, we are set to investigate a similar effect on groups and individuals who are being forced into self-censorship out of fear of retaliation from activist students, faculty, and administrators on campuses across the country.

Please tune into the House Oversight and Government Reform Committee hearing on Thursday, which will feature several individuals who have had their First Amendment rights targeted. I look forward to hearing about their experiences and looking for solutions to protect the Constitution.