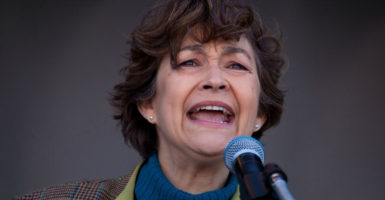 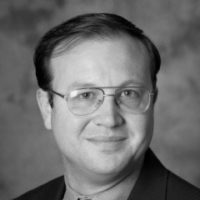 Michael J. New is a research associate at the Busch School of Business at the Catholic University of America and an associate scholar at the Charlotte Lozier Institute.

However, most of the article granted O’Neill a very public forum to criticize President Donald Trump, and specifically his pro-life policies.

O’Neill spent a considerable amount of time claiming that cuts to Planned Parenthood funding in Texas resulted in substantial increases in the state maternal mortality rate.

However, the article’s authors were guarded about the finding, stating that “in the absence of war, natural disaster, or severe economic upheaval, the doubling of a mortality rate within a two-year period in a state with almost 400,000 annual births is unlikely.”

Supporters of legal abortion and their allies in the mainstream media pounced on these figures. They quickly and opportunistically blamed the increase in the maternal mortality rate on the state Legislature’s 2011 cuts to the state family planning program.

Stories linking the Planned Parenthood cuts to increases in the maternal mortality rate appeared in a number of mainstream media outlets, including ABC News and The Huffington Post.

However, a serious look at the data tells a different story.

If the Texas figures are correct, the maternal death rate in Texas is comparable to that of Washington, D.C.—a city with a far higher poverty rate than Texas and considerably worse public health metrics.

Additionally, the Texas Department of State Health Services’ own task force found a gradual increase in maternal mortality dating back to 2005—not a sharp increase in 2011.

Furthermore, even if the original article’s data is taken at face value, the cuts in the state family planning program fail to coincide with the sharp increase in the maternal mortality rate.

The Obstetrics and Gynecology article asserts that the maternal mortality rate sharply increased in 2011, but the family planning program cuts didn’t begin to take effect until late 2011, well after the reported increase.

USA Today’s own 2016 article on maternal mortality in Texas makes this exact argument.

After the state Legislature cut funding for Planned Parenthood, manufacturing public health crises in Texas became a virtual cottage industry among many in the media. However, an honest look at the data shows most public health metrics are stable.

There is no indication that the unintended pregnancy rate has increased, as both the state’s abortion rate and birth rate have decreased since 2011.

In fact, the unintended pregnancy rate increase often cited by the media comes from one contraception program run by the Texas Women’s Health Program, which reported a slight increase of 37 Medicaid births in a subset of Texas counties between 2011 and 2012.

Planned Parenthood does not provide postnatal health services, and its 2016 annual report indicates that it provided nearly 35 times as many abortions as prenatal services.

Unfortunately, media outlets don’t seriously inquire as to why Planned Parenthood consistently places a higher priority on abortion than on programs that would actually improve women’s health.