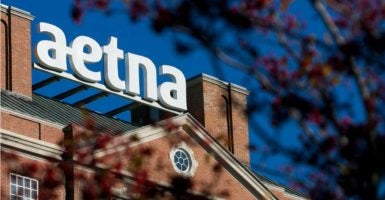 A major insurance company has decided to entirely withdraw from all of Obamacare‘s health insurance exchanges in 2018.

According to the Washington Examiner, the experience with Obamacare has been a financial disaster for Aetna, one of the nation’s largest insurance companies. The insurance giant sustained almost $700 million in losses between 2014 and 2016, and an estimated $200 million in projected losses for 2017.

Aetna joins a long line of insurers and health plans that have decided that the individual markets designed in exquisite regulatory detail by the Obama administration and its allies in Congress are no longer working.

As designed, they can’t work. This is a feature, not a bug of Obamacare, and why Congress needs to repeal and replace this dysfunctional law.

Aetna’s withdrawal follows a pattern. Insurers have been losing money and dropping out of the individual markets. In 2013, before Obamacare’s insurance provisions were enforced, there were 395 insurers selling plans in the individual markets throughout the United States. By 2017, there were just 218 insurers selling plans in the Obamacare exchanges, a drop of 45 percent.

Part of the reason for the declining number of insurers is that Obamacare’s exchanges are disproportionately enrolling older and sicker people, and discouraging the enrollment of younger and healthier people.

That was not supposed to happen. The Obama administration initially expected people aged 18 to 34 to account for approximately 40 percent of exchange enrollment. Instead, the higher claims costs of a larger-than-anticipated number of older people have been jacking up the insurance premiums, further discouraging younger people from signing up for coverage.

This year, exchange enrollees experienced another round of rate shocks. Nationwide premiums for standard plans have increased by an average of 25 percent, and people in those markets have experienced shocking deductibles ($6,092 for single and $12,383 for low-cost “bronze” coverage). Not surprisingly, there are thus far 500,000 fewer exchange enrollees this year than there were last year.

Obamacare’s health insurance regulations are making the cost increases worse. Based on a 2015 examination of the Affordable Care Act’s regulations, rooted in a review of actuarial studies in the professional literature, Heritage Foundation analysts estimated that the age-rating rule increased insurance premiums by about 33 percent for young people, and the mandated benefits by about 9 percent.

Even Obamacare’s individual mandate penalties haven’t been enough to stimulate Americans to buy coverage. The Obamacare penalties are a lot cheaper than the Obamacare insurance costs. Based on 2015 data, for example, 6.5 million people paid the mandate penalty and 12.7 million got exemptions.

The Senate needs to join the House and get to work on health care reform. The sooner, the better.