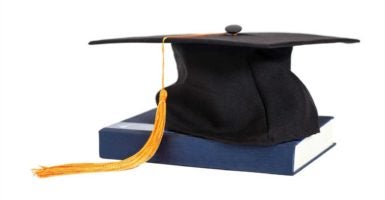 Rising graduation rates do seem like a cause for celebration. Social science has consistently shown that completing high school is associated with greater economic mobility, decreased rates of incarceration, and longer, healthier living.

Yet, if graduation rates are on the rise, why do high school seniors’ scores on the National Assessment for Educational Progress (NAEP) and other standardized tests remain flat?

Graduating from high school can be a significant step toward post-secondary education, but seniors’ scores on the national standardized college entrance exams, SAT and ACT, are also worrisome. Based on SAT scores from 2015, less than half—41.9 percent—of seniors who took the SAT were prepared to do college-level work.

According to a recent report published by the Department of Education, one-third of all students seeking bachelor’s degrees have to enroll in remedial programs and courses to strengthen their basic skills.

The necessity of remedial coursework for millions of college students takes a toll on the higher education system generally. Because credits earned from remedial courses typically do not go toward a student’s work in her field of study, many spend time and money in college trying to acquire the skills that they should have mastered in high school.

In the midst of this puzzle of rising graduation rates and lackluster test scores, one bright note emerges: the District of Columbia.

Out of all the states and the District, the District of Columbia showed the greatest progress, improving its graduation rate by 7 percentage points. Research shows that student achievement on standardized tests is also on the rise in the District although much progress still needs to be made.

The District is bucking the national trend in large part because of school choice. Charter schools educate 39,096—44 percent—of the District of Columbia’s children and the D.C. Opportunity Scholarship Program offers another 1,442 low-income kids the chance to attend private schools. These education choice opportunities are significantly increasing both graduation rates and academic achievement for District students.

President Barack Obama, education reform stakeholders, and families are right to celebrate rising graduation rates. But educational attainment figures should be considered in conjunction with overall educational performance to get a fuller picture of whether graduates are leaving well-prepared to pursue their own career and life goals.

Rising graduation rates should be coupled with increases in academic achievement for all students. In order to achieve that goal, education choice for every family is the place to start.