What If the Government Actually Banned Coal, Oil, and Natural Gas? 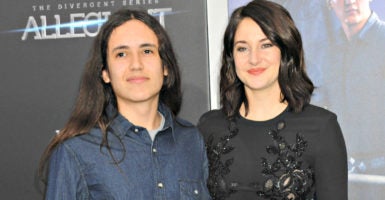 Xiuhtezcatl Martinez is not your typical teenager.

The 16-year-old hip-hop artist and global warming activist with the nonprofit Earth Guardians has been dubbed the “anti-Bieber.” He “rallies supporters of every age and creed through school presentations, his unique brand of eco hip-hop, and heartfelt speeches,” according to the Natural Resources Defense Council.

Xiuhtezcatl, from Boulder, Colorado, also is petitioning the presidential candidates to implement policies eliminating the use of all fossil fuels in America by 2026. He challenges them to “be the leader [his] generation demands.”

But what would happen if politicians actually cut off all use of so-called fossil fuels—including coal, natural gas, and petroleum—in the next 10 years, as this idealistic teenager exhorts the next president to do?

What if the government implemented policies, mandates, and taxes to restrict Americans’ energy choices artificially?

Conventional fuels, in many respects, are the backbone of the American way of life. Artificially eliminating them would have an enormously negative impact.

It’s fairly common knowledge that Americans use coal and natural gas to power homes, vehicles, businesses, schools, and hospitals. In fact, the United States gets 81 percent of all its energy from oil, coal, and natural gas.

In fact, roughly 20 percent of oil refined in the U.S. is used for plastics, chemicals, and rubber products. Indeed, America relies on natural gas and oil for a vast variety of uses.

Ultimately, policies that prohibit the use of conventional fuels would impede these lesser known but no less valuable uses.

What’s more, the push to eliminate conventional fuels ignores the fact that these fuels, especially natural gas, are efficient, abundant, and environmentally sound sources of energy. There will be no shortage of these resources anytime soon, and more are being found all the time, thanks to advances in technology.

Even if these resources were to run out soon, prices would reflect that and markets would shift to finding innovative alternatives borne out of necessity rather than arbitrary restrictions that keep resources in the ground.

And as producers of electricity, both coal and natural gas have higher efficiency rates—the “capacity factor”—than other energy sources such as wind and solar. Oil-based gasoline is 33 percent more powerful than ethanol.

Policies to eliminate conventional fuels also would put a lot of folks out of work.

Roughly 538,000 Americans work in the oil and natural gas industry. Around 75,000 work in the coal industry. Millions more have jobs that are supported by these industries. Nearly every product and service made in America at some point relied on conventional energy sources.

Americans not only would face significant lifestyle changes, many would lose their entire livelihoods. It’s not just the American way of life that would be lost, either—fossil fuels have raised people around the world out of poverty and into healthier, safer lives.

The kicker is, while forgoing all of these benefits, policies forbidding the use of conventional energy wouldn’t have the impact on global warming that Xiuhtezcatl Martinez hopes for. If the U.S. eliminated all carbon dioxide emissions, only 0.137 degree Celsius would be averted by the year 2100.

Arbitrarily banning all conventional fuels isn’t the answer.  Young or old, Americans should be wary as their government considers such drastic, harmful policies.