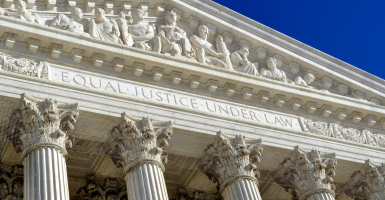 In a 5-2 ruling on Monday, the Supreme Court ruled that Puerto Rico cannot create its own bankruptcy law because the Federal Bankruptcy Code preempts it.

Puerto Rico’s lawyers argued that, without the ability to authorize Chapter 9 bankruptcy or create its own bankruptcy code binding on creditors, the island would be helpless to restructure its debts.

As the events since have demonstrated, that is not the case. Puerto Rico has options.

For starters, the Federal Bankruptcy Code authorizes Puerto Rico to engage in voluntary negotiations, as it already has. Puerto Rico’s legislature recently approved a voluntary restructuring deal between the island’s power utility—PREPA—and its creditors, including additional financing for long-overdue modernization upgrades. And before it became clear that there was a good chance Congress would step in, comprehensive restructuring plans had been proposed to address the entirety of Puerto Rico’s debts.

While the Supreme Court decision bars Puerto Rico from creating its own bankruptcy process for public utilities, Congress has a much broader bankruptcy-like process in mind.

Less than a week before the Supreme Court ruling, the House passed a bill—the Puerto Rican Oversight Management and Economic Security Act, or PROMESA—that could subject all Puerto Rico’s debts—not just its public utilities—to Chapter 9 bankruptcy-like proceedings. The Senate will likely take up action on PROMESA over the coming weeks.

Having already defaulted on bond payments three times over the last year, Puerto Rico has a $2 billion bond payment due July 1. The island will almost certainly default on all or part of that payment, which includes about $800 million in government obligated bonds, which are constitutionally protected and have the highest priority for repayment.

But if PROMESA is signed into law, bondholders who do not receive payment will temporarily lose their right to sue the island. That’s because PROMESA includes of an unprecedented stay on legal proceedings until February 2017 or later.

Ironically, as this Supreme Court ruling wraps up the judicial process for this particular case, PROMESA would temporarily strip creditors of their right to access that same process.