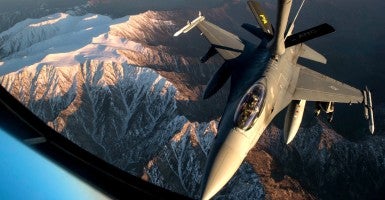 Secretary of Defense Ash Carter has given a series of speeches outlining highlights of the 2017 defense budget request. The full budget request won’t be released by the administration until next week, so we don’t have the full picture. But as we see exciting headlines driven by the secretary’s speeches, we should keep a few things in mind.

Headlines of “increased shipbuilding and aircraft” are likely misleading. Recent stories about the budget include 10 destroyers and nine Virginia-class submarines, but this was already the shipbuilding plan for the next five years. There are reports that the submarines may include an added feature called a Virginia payload module, but that was already supposed to start in 2019. In all likelihood, this budget just slides that one year earlier to 2018. When it comes to fighter aircraft, while the headlines talk about more F-18s and F-35s, those are all likely in future years of the budget (2018 and beyond). Indications are that in 2017, we will actually see a cut to these same fighter programs.

Promising things in future years is easy, particularly when you won’t be around. The budget proposal the administration is rolling out next week is for fiscal year 2017. The 2018 budget proposal won’t be rolled out until there is a new president and new secretary of defense in place a year from now. While DOD’s budget does include real plans for the 2018 budget, any promises made by this administration about defense spending in 2018 and beyond should be regarded with skepticism.

The Pentagon is telling us only the good news. The full details on the defense budget will start coming out next week, but the secretary is shaping the media environment this week by talking about only the good news in the defense budget. There will be cuts. Capabilities or readiness will be sacrificed, but the public and Congress won’t find out until next week or perhaps even later.

The Department of Defense is sacrificing capacity and mid-term modernization. Between the secretary’s speeches and other leaks to the press, we know that the budget proposal funds a number of near-term priorities like increased operations against ISIS. It also funds replacements for the bombs we’ve dropped in Syria and keeps the A-10 aircraft flying, in part because of its usefulness in the fight against ISIS.

We also know that Carter is prioritizing a number of long-term very high-tech research efforts as a part of the third offset strategy. What is paying the bill for these near-term and long-term investments? The mid-term—that is, modernization programs that deliver over the next five to ten years, like the F-35. While cutting the F-35 this year, as just one example, won’t impact the fight against ISIS, it does mean that in five years, the U.S. will have fewer modern jet fighters than planned. Hopefully that won’t be a problem, but as the saying goes, hope isn’t a strategy.

This budget proposes increased spending to reassure our NATO allies in the face of Russian aggression. It also increases the spending to fight ISIS. But instead of increasing the total defense budget to pay for these real needs, the Obama administration has chosen to cut other military programs to pay for today’s operations.

This budget is simply mortgaging future military capabilities to pay for today’s urgent needs. Instead, non-defense spending should be curtailed to pay for increasing the national security budget. Should the U.S. increase the budgets for the IRS and the EPA or increase budgets for the Army and the Navy? The answer to that is pretty clear.