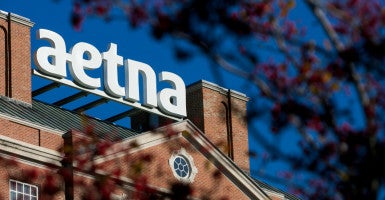 After insurance companies sounded the alarm on how customers can take advantage of special enrollment periods allowed under Obamacare, raising costs for other consumers, the Obama administration announced changes to limit people’s ability to enroll in coverage outside the normal enrollment window.

The Centers for Medicare and Medicaid Services announced Tuesday it is eliminating six reasons consumers can cite when purchasing coverage outside the normal enrollment season, which lasts from Nov. 1 to Jan. 31.

Though insurers admit this addresses some of their concerns about special enrollment periods, they say it doesn’t go far enough.

“While this is an important first step, more needs to be done to validate special enrollment requests,” Clare Krusing, spokeswoman for America’s Health Insurance Plans, said in a statement. “It’s critical that there is a process in place to avoid potential abuse of special enrollment periods and to ensure a stable, affordable market for consumers.”

Special enrollment periods were supposed to ensure that people can purchase coverage on Obamacare’s exchanges should something unexpected occur, such as a loss of coverage or the birth of a child. But insurance companies have warned that consumers have been using special enrollment periods to purchase coverage only when it’s needed and looked to the Obama administration to remedy the issue.

In separate letters sent to the Centers for Medicare and Medicaid last month, top officials with the Blue Cross Blue Shield Association, which represents 36 Blue Cross and Blue Shield plans nationwide, and Aetna wrote that about 10 percent of customers using Obamacare’s exchanges were taking advantage of the special enrollment periods.

The companies warned that there was no way to verify whether the enrollees actually qualified for the special enrollment periods.

The group said that those using special enrollment periods—and who may not be able to prove they’re eligible to do so—run up expensive medical bills and keep their coverage for a shorter period of time.

In an interview with The Daily Signal, Ed Haislmaier, a senior research fellow in health policy studies at The Heritage Foundation, said the issues identified by the insurers can be attributed to both the design of the Affordable Care Act and the Obama administration’s implementation of the law.

The alternative approaches are ones that say, for example, look, you can get coverage, but to get coverage with no pre-existing condition and standard rates, you have to show that you’ve maintained coverage. If you do that, which was the system we had, that would work and you don’t need the mandate. They threw out a system that was working and replaced it one that was susceptible to error and fraud.

Haislmaier said it would be better if consumers had to prove they’re eligible for the special enrollment periods before their insurance takes effect.

“The Obama administration has adopted what is called pay-and-chase,” he said. “In other words, just enroll the people, spend the money, and we’ll worry about it later. You shouldn’t let people in to run up claims because you create problems retroactively.”

Haislmaier also said that beyond the special enrollment periods in place under the law, the Obama administration extended the open enrollment period for consumers buying coverage on the exchanges.

America’s Health Insurance Plans (AHIP), a lobbying group for the industry, identified more than 30 reasons customers can use to enroll in coverage outside of the open enrollment period. In comments to the Obama administration, AHIP said that while they understood the need for special enrollment periods during the initial years of Obamacare’s implementation, the “current list … is expansive and is negatively impacting the overall risk pool of exchange enrollees.”

In addition to purchasing insurance only when they need it, other people are using the 90-day grace period implemented under Obamacare that allows consumers to continue receiving coverage even if they don’t pay their premiums, the Blue Cross Blue Shield Association warned.

The grace period allows customers to have full coverage for a year but pay for only nine months of it and receive their subsidies, all without facing a fine for not having insurance.

“This makes health insurance more expensive for everyone, increasing the cost of premiums and subsidies for exchanges, and discourages younger, healthier people—who are critical to a stable risk pool—from enrolling,” the group wrote.

According to the Obama administration, more than 940,000 people enrolled in coverage using special enrollment periods from February 2015 through June 2015, with the majority of those customers citing a loss of coverage as the reason for needing to select a new plan.

Insurance companies have expressed skepticism toward the viability of Obamacare’s exchanges.

Not only has UnitedHealth warned that it may pull out of the marketplace in 2017—with a decision coming later this year—but Aetna warned the Obama administration that changes need to be made.

“Many individuals have no incentive to enroll in coverage during open enrollment, but can wait until they are sick or need services before enrolling and drop coverage immediately after receiving services, making the annual open enrollment period meaningless,” the company wrote in a letter to the Centers for Medicare and Medicaid Services and Department of Health and Human Services. The letter continued:

Unless some fundamental flaws are corrected, we believe there is a grave risk that the federal exchange will not operate as a viable, competitive market in 2017.