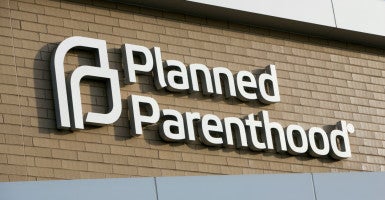 According to WISTV in South Carolina, the proposed fines range from $2,200 to $21,150 for violating state disposal regulations.

Two other abortion clinics in the state and two waste disposal companies also face fines for failing to dispose of the remains of aborted babies in a manner required by law. However, “the largest fine would be against Planned Parenthood,” the Island Packet reports.

According to the Associated Press, “[violations] include paperwork issues and fetuses being sterilized with steam and taken to a landfill, rather than incinerated as required by law—issues also cited in the clinics’ suspensions.”

Jenny Black, president and CEO of Planned Parenthood South Atlantic, said in a Nov. 12 statement that the organization’s officials “were surprised and dismayed” to learn of “a monetary penalty we knew nothing about.”

“Nothing is more important to us than the health and safety of our patients,” Black said in the statement supplied to The Daily Signal, using an often-deployed Planned Parenthood phrase. She added:

We hold ourselves to high standards and take swift action to address any shortcomings. For this reason, we have and will continue to cooperate fully with DHEC [the state Department of Health and Environmental Control] to ensure that our Columbia health center meets and exceeds all state standards.

The suspensions were to last until proof of corrections was provided. DHEC lifted the sanctions against the Greenville Women’s Clinic in September, AP reported

Planned Parenthood said the agency lifted the sanctions against its Columbia clinic earlier this month.

A third clinic, the Charleston Women’s Medical Center, was not suspended and faces the lowest fines. The clinic’s registration renewal didn’t accurately report “the amount of waste it generates,” the AP reported.