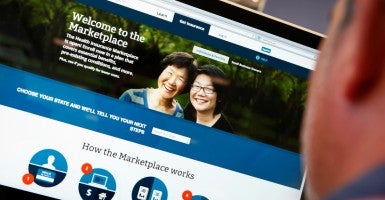 The Health Republic Insurance of New York has been ordered to shut down by New York state and federal regulators. (Photo: Mike Segar/Reuters/Newscom)

New York state and federal regulators ordered the U.S.’s largest nonprofit health insurance provider established under the Affordable Care Act, the Health Republic Insurance of New York, to shut its doors by the end of the year as it continues to trend toward insolvency.

The announcement Friday disrupts health coverage for more than 200,000 people.

The Health Republic Insurance of New York received more than $265 million in taxpayer-funded loans, according to the Centers for Medicare and Medicaid Services. It is too early to know how much the company will be able to repay.

“While we are deeply disappointed with this outcome, we believe it is in the best interests of our members,” the group said in a statement Friday, adding that the structure of ACA’s co-op program created challenges “too difficult to overcome.”

Despite becoming the second largest provider of health coverage on the state’s ACA exchange, Politico reported the insurer lost $130 million during its first 18 months of operations.

The Department of Financial Services said individual coverage and small group plans would continue through the end of December, but customers will have to find coverage through other health insurance providers for 2016.

Health Republic has about 210,000 members, making it the largest of the 23 nonprofit co-ops created under ACA to promote competition in state marketplaces.

The co-ops received $2.5 billion collectively in federal loans, but have struggled to compete with larger insurance companies that have greater financial stability.

Robert Moffit, a senior fellow at the Center for Health Policy Studies at The Heritage Foundation, said Health Republic’s failure is not surprising given a recent report from the Department of Health and Human Services’ inspector general that found 22 of the 23 co-ops experienced financial losses in 2014.

“It’s just the latest costly example of a political attempt to manipulate the health care markets,” Moffit said. “Co-ops should be able to emerge naturally in a free market.”

Health Republic is the fourth co-op to crumble in less than a year. Last month, a co-op in Nevada announced it was closing at the end of 2015 because of “challenging market conditions.”

Louisiana’s co-op announced the same in July, and CoOportunity Health, which served Nebraska and Iowa, was liquidated in March.

Moffit said nearly all of the co-ops are in financial trouble, marking a “serious problem” that he predicts will continue to push more of the insurers to close down.