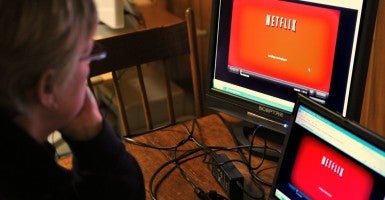 Streaming is big business, and Chicago wants a piece of the action. On Sept. 1, the city’s controversial new “cloud tax” went into effect, extending a 9-percent “amusement tax” into the digital realm. Streaming the latest Taylor Swift album and binge-watching House of Cards is about to get a whole lot more expensive in the Windy City.

In addition to its amusement tax, Chicago is extending a different set of taxes for “nonpossesory computer leases” to cover cloud-based computer services like Amazon Web Services and the research database LexisNexis.

Chicago expects to net $12 million from these endeavors, funds the city says are critical to plug a widening budget gap and make up for tax revenues lost as Internet companies run brick-and-mortar shops out of business.

Why Some “Chicagoans” Aren’t Buying It

Some city residents, it seems, don’t buy it. In a lawsuit filed in the Circuit Court of Cook County on Sept. 9, six Chicago residents—all of them subscribers to at least one online streaming or video gaming service—are challenging the tax on streaming content. It is a brewing battle that could set a precedent for other cities eyeing Internet services as potentially boundless new sources of tax revenues.

To the first contention, Chicago’s existing amusement tax levies a surcharge equal to nine percent of the cost of admission to “amusements” within city limits. Just what constitutes an “amusement”? The city code provides three categories: performances or exhibitions, including musical and theatrical shows and sporting events; public entertainment and recreation, such as recreational sports and carnivals; and finally, paid television programming.

In June, Chicago’s comptroller, Dan Widawsky, issued Amusement Tax Ruling #5, asserting that the amusement tax statute covers not only those amusements Chicagoans attend in person, but those delivered over the Internet. Widawsky’s reinterpretation has the effect of greatly broadening the reach of the tax—prior to Ruling #5, Chicago had never considered streaming services subject to the amusement tax.

The plaintiffs therefore allege that Widawsky exceeded his legal authority. As comptroller, he can promulgate rules pertinent to the enforcement of the tax and interpreting the meaning of the statute, but he cannot exceed the text of the statute and enact a new tax singlehandedly. By broadening the scope of the tax to cover online activities, that is exactly what the plaintiffs say he did.

They may have a point. While an argument could be made that streaming a movie on Hulu or playing an online game via Microsoft’s Xbox Live service constitutes an “amusement,” such online activities do not fit easily into statutory categories that clearly contemplate physical, in-person participation.

And while paid television programming is included, it clearly targets traditional cable or satellite television rather than Internet-only streaming services.

While television is generally consumed in a fixed location, streaming services are nomadic. A Spotify customer’s billing address may be in Chicago, and thus trigger the tax, but neither the city nor the company has any means of determining how much content was actually consumed inside city limits. And at any rate, streaming services provide many types of content other than just television programming.

The lawsuit also challenges the “cloud tax” on the grounds that it violates the federal Internet Tax Freedom Act (ITFA). That law, among other things, bans states and municipalities from levying discriminatory Internet-only taxes. In other words, a pair of shoes purchased online can be subjected only to a normal sales tax—it cannot be subjected to a special tax triggered because the purchaser opted to buy the shoes online rather than at a department store.

The plaintiffs point out several instances where Chicago’s cloud tax may run afoul of the anti-discrimination provisions of the ITFA.

Subscribers to Netflix’s streaming-only plan are hit with the nine-percent amusement tax; those who subscribe to the company’s DVD-only plan, where physical DVDs are mailed to customers, are not.

Similarly, Chicago would tax all streaming services, music and video alike, at the full nine percent authorized in the amusement tax statute. Meanwhile, in-person musical and theater productions are taxed only at a rate of between zero and five percent of the cost of admission.

Clearly, there are disparities in how Chicago now treats digitally delivered entertainment as compared to its in-person analogues. To the extent that the higher prices paid for Internet-based entertainment will dissuade Chicagoans from consuming digital media, Chicago’s “cloud tax” will do exactly what the ITFA was designed to prevent—taxation resulting in the stifled growth of e-commerce.

The plaintiffs in the case are seeking an injunction to stop Chicago from imposing its amusement tax on streaming audio, video, and online gaming services.

The results are less than optimal. Chicago could previously put the burden of collecting its amusement taxes on entertainment providers since they were invariably within city limits. But it has no legal authority to demand such collections from businesses located hundreds or thousands of miles away that have no physical presence within its borders. While some companies, like Netflix, have offered to voluntarily tack on the tax to their customers’ bills, other providers may not. The result is that customers must calculate and remit the taxes themselves, a time-consuming burden, to say the least.

What’s more, while Netflix has offered to spare its Chicago customers from tax collection duties, what will happen if other municipalities and other states follow Chicago’s lead and begin enacting their own specific duties on streaming media? The result would be a patchwork of hundreds of unique tax laws, greatly increasing compliance costs. Large companies like Netflix and Spotify might be able to handle such burdens, but small businesses will struggle.

Chicago is the first city to attempt to tax the “cloud,” but others are waiting in the wings. They will no doubt look to Chicago’s example—and to the outcomes of lawsuits challenging its efforts.