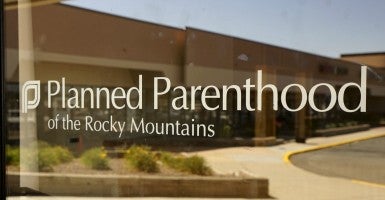 “How many Lamborghinis were purchased with the blood of innocent children?” asked one witness at the Judiciary Committee's hearing about Planned Parenthood today. (Photo: Reuters/Rick Wilking/Newscom)

The first in a series of hearings about Planned Parenthood kicked off Wednesday in Capitol Hill, with Republicans and Democrats running in circles over whether or not the organization did anything wrong, failing to reach any common ground.

Chairman Bob Goodlatte, R-Va., said the committee is investigating not only whether or not Planned Parenthood broke any existing laws, but also whether there are gaps in current laws that need to be filled.

“There are questions regarding whether there are gaps in the law that should be filled to prevent the types of horrors described in the videos. There are questions regarding whether or not existing federal laws have been violated,” Goodlatte said. “The Committee is aggressively seeking answers to these questions, but there is no question that the videos are deeply disturbing on a human level.”

The hearing, titled “Planned Parenthood Exposed: Examining the Horrific Abortion Practices at the Nation’s Largest Abortion Provider,” was sparked after a string of undercover videos, filmed by a group called the Center for Medical Progress, raised questions about Planned Parenthood’s abortion process and the organization’s sale of fetal body parts. The organization has denied any wrongdoing and funded a report that concluded that the videos were manipulated.

Here are nine takeaways from the hearing.

1. James Bopp, general counsel for National Right to Life, said it was clear that Planned Parenthood broke federal law. Priscilla Smith, the director of Yale Law School’s Program for the Study of Reproductive Justice, countered that there is “simply no evidence” of that.

“The evidence now is clear,” Bopp said. “Current practices employed by Planned Parenthood and various tissue procurement companies not only violate federal law when applicable, but also many ethical and moral principles.”

Smith said the videos were part of a smear campaign, noting, “There is simply no evidence in these misleadingly edited videos of a violation of either of these laws.”

3. During the hearing, witness Gianna Jessen asked, “How many Lamborghinis were purchased with the blood of innocent children?”

Jessen was born alive after an abortion procedure went wrong. Instead of leaving her to die, a nurse brought her to a hospital, where doctors didn’t expect her to live. Jessen survived and was diagnosed with cerebral palsy, a disorder that causes impaired movement due to brain damage. She now advocates against abortion.

“I would ask Planned Parenthood the following questions: If abortion is about women’s rights, then what were mine?” she said. “You continuously use the argument, ‘If the baby is disabled, we need to terminate the pregnancy,’ as if you can determine the quality of someone’s life. Is my life less valuable due to my cerebral palsy?”

5. Rep. Doug Collins, R-Ga., opened up about his and his wife’s decision to continue the latter’s pregnancy 23 years ago after their baby was diagnosed with spina bifida. His daughter is now in a wheelchair.

Speaking to the two abortion survivors who testified, he said, “You’re not a failure.”

“As if someone on the outside can determine a quality of life,” he added. “Life is precious,” and all babies “deserve a birthday.”

6. In light of allegations that Planned Parenthood illegally profits off the sale of aborted body parts, Bopp said, “History shows that when humans are stripped of their right to life, they become a commodity.”

7. Smith, who studies reproductive justice at Yale Law School, defended the use of aborted body parts for research. “Fetal tissue research has provided innumerable medical benefits and has saved lives,” she said.

8. Rep. Jim Sensenbrenner, R-Wis., asked Smith if a partial-birth abortion was a “humane” way to end a life. She answered “yes”—for a pre-viable fetus, it is.

9. Sensenbrenner also asked Smith why Planned Parenthood needs “over half a billion dollars of federal funding every year” when there are other pressing needs, such as feeding hungry children.