United Way Affiliates Give $3 Million a Year to Planned Parenthood 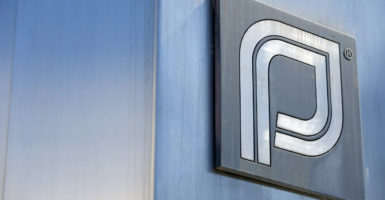 “Donors to United Way should understand that their charitable contributions could be helping fund Planned Parenthood’s public profile in critical swing states,” a spokesman for a watchdog group says. (Photo: Dominick Reuter /Reuters/Newscom)

United Way affiliates provide almost $3 million a year to Planned Parenthood, according to a money-tracking website that examines consumer and political causes.

2nd Vote, a conservative, nonprofit watchdog that tracks corporate spending, conducted what it calls “exhaustive” research of United Way affiliates and their giving to Planned Parenthood.

United Way Worldwide, based in Alexandria, Virginia, is a nonprofit that focuses on community-based charity.

2nd Vote said it conducted research on Internal Revenue Service Form 990 filings for United Way affiliates in tax years 2013 and 2014. The group found that almost 6 percent of the affiliates, 76, donated to Planned Parenthood based on the latest 990s available for each chapter.

“Financial support for Planned Parenthood from nonprofits like United Way helps fund an organization that engages in repulsive practices and is an advocate for policies that allow the destruction of innocent lives,” Kuykendall said.

After the pro-life Center for Medical Progress released a string of undercover videos that showed officials of Planned Parenthood clinics discussing the sale of  body parts and other tissue from aborted babies, Congress started investigating the abortion provider. Planned Parenthood Foundation of America has denied any illegal conduct.

2nd Vote created the “Pro-Life Guide to United Way” last year. The organization updated the information for 2016 on June 17, including the most recent information on United Way chapters that contribute to Planned Parenthood.

“In addition to providing abortion services, Planned Parenthood also has an extremely effective, extremely liberal political arm, and the money funneled by United Way essentially helps support all of Planned Parenthood’s operations,” Kuykendall told The Daily Signal in an email.

United Way affiliates in Delaware, Florida, Georgia, Michigan, New Jersey, New York, Ohio, Oregon, Pennsylvania, Virginia, Washington, and Wisconsin gave over $170,000 to Planned Parenthood in 2013 and 2014. Some of these states are considered swing states, or battleground states, in the presidential election. “2nd Vote’s research found that United Way donations to Planned Parenthood in certain swing states such as Florida, Ohio, Pennsylvania, [and] Virginia appeared significantly higher than others, in some cases around $100,000-$200,000 more a year,” Kuykendall said in the email to The Daily Signal, adding:

Independent expenditure reports from the FEC [Federal Election Commission] show that Planned Parenthood has funded get-out-the-vote telephone calls and mailings in opposition to Republicans and in support of Democratic candidates in these states in the past. 2nd Vote believes that donors to United Way should understand that their charitable contributions could be helping fund Planned Parenthood’s public profile in critical swing states.

Last July, 2nd Vote compiled a list of companies and other organizations that directly donate to Planned Parenthood. Adobe, Avon, Exxon Mobil, and Starbucks were on the list, along with United Way.

A spokesman for United Way Worldwide said United Way has no comment beyond what the organization told The Daily Signal last summer:

“Our work is fueled by the passion of 2.9 million volunteers and 10.3 million donors who give their time, their money and their voice to improve the lives of others,” the website says.

A United Way CEO, William Aramony, brought scandal to the organization in the 1990s when he was convicted on federal charges of embezzling more than $1 million during his 20 years leading the organization.

“Does United Way really expect us to believe that its network of affiliates sends around $3 million every year to the world’s largest abortion provider and then, magically, those dollars have nothing to do with United Way or abortion?” 2nd Vote’s Kuykendall said, adding:

We will continue to hold United Way accountable, especially the United Way affiliates that fund Planned Parenthood, for helping to support an organization that not only performs over 300,000 abortions a year, but also advocates for an extremely liberal, anti-life political agenda.

The Daily Signal sought comment from the 76 United Way affiliates that 2nd Vote found to have donated to Planned Parenthood in tax years 2013 and 2014. A total of 31 affiliates responded.

“United Way of Greater Atlanta (UWGA) funds a number of women’s health programs that are focused on delivering quality medical care, preventive services, and health education to reduce health disparities in our community,” Shana Wood Davis, the affiliate’s senior director of corporate communications, told The Daily Signal in an email.

A spokesman for the Merced County affiliate said it funded a small, local program that worked with young men in 2013-14, but has not funded Planned Parenthood since then. The spokesman said:

The York County affiliate said it gave to Planned Parenthood to support health care for men and women. Aloha United Way said its donations went toward community education and individual counseling for youth.

Other United Way affiliates responded with what they see as clarifications.

“We don’t ‘donate’ funds; we manage and distribute donations sent by donors to specific health and human services agencies across the region and the state,” Deborah Bowie, president and CEO of United Way of North Central Florida, said in an email to The Daily Signal. “All funds, in fact, are donor-directed via either workplace campaigns or direct donations to a specific United Way.”

United Way of Long Island in New York said none of its unrestricted funds went to support reproductive choices.

When you donate to United Way of Metropolitan Nashville, your donation will not go to Planned Parenthood unless you specify otherwise through a donor-directed designation.

The affiliate said it does not give Planned Parenthood general operating support. It has, however, funded specific community health programs centered on education for responsible behaviors. Individual donors also gave to Planned Parenthood through United Way’s administration of gifts through a donor choice program.

“A core guiding principle to United Way’s policy is to honor the donor’s intent based on IRS tax exempt eligibility,” Karen Mathison, president and CEO of United Way of Greater Toledo in Ohio, said in a statement to The Daily Signal.

“Every year, a few donors specifically designate some of their giving to Planned Parenthood, and we honor all donor designations and serve as a ‘pass through’ for those funds,” a spokesman with United Way of Greater Portland in Maine said.

United Way of Delaware made combined contributions of $172,092 to Planned Parenthood in tax years 2013-14, according to 2nd Vote.

The Summit County affiliate added that funds “are not currently used, or have ever been used, to support abortion services.”

“If United Way portrays itself as a ‘pass-through’ for multiple charities, shouldn’t individuals just make direct contributions to their charity of choice in the first place?” 2nd Vote’s Kuykendall said.

At the time of publication, 45 United Way affiliates had not responded to The Daily Signal.