Would Women Be OK Without Planned Parenthood? 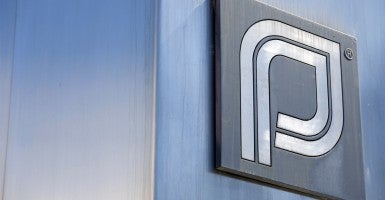 The pro-life community voices disagreement on whether women would have access to the services they need in a world without Planned Parenthood. (Photo: Dominick Reuter/Newscom)

Will women have access to the health services they need if the government defunds Planned Parenthood?

That depends on whom you ask.

“If Planned Parenthood were gone tomorrow, the nation’s 2,500 pregnancy help centers, medical clinics, maternity homes and non-profit adoption agencies would continue to offer true choice, true empowerment to every mother who is facing an unexpected pregnancy.”

Are we ready in the pro-life community to meet the needs of those women? No. I’m sorry to say, after 40 years, no.

Two decades ago, Bravo quit her job as a successful businesswoman to challenge organizations like Planned Parenthood in California, where in 2011, more than 1 million abortions were performed.

She has since opened five pro-life clinics and one mobile unit, which have helped save “thousands” of babies from being aborted. (Bravo said her organization has a “conversion rate” of about 80 percent, saving more than 6,000 babies.)

But if Congress defunds Planned Parenthood, Bravo believes that the pro-life community isn’t ready to handle the number of women they would need to serve.

“We are reactive in the pro-life movement. We are not proactive,” Bravo said. “The issue is, if we defund Planned Parenthood … we don’t have a competitive medical model under a branded name to compete.”

Out With the Old, In With the New

Planned Parenthood Federation for America President Cecile Richards has said stripping the organization of its federal funding would restrict “millions” of women from access to fundamental health care services.

Planned Parenthood claims that millions of low- and middle-income women across the country rely on these services.

Grace-Marie Turner, president of the Galen Institute, a nonprofit that focuses on health care policy, believes that these services are not exclusive to Planned Parenthood. If the organization were defunded tomorrow, she said, “women would still have access to services.”

The infrastructure already is in place to provide services to women through more than 9,200 community health centers around the country. Planned Parenthood could be defunded right away, and women would still have access to services, and in a way that would allow them to have more continuity of care.

Turner was referring to the thousands of community medical centers that already exist and are eligible for federal funding.

Under the legislation the Senate will vote on Monday night—which came as a result of undercover videos depicting Planned Parenthood harvesting fetal body parts—some or all of the $500 million in federal taxpayer money the organization receives annually would be redirected to these local clinics.

Yet the question remains whether these clinics will be equipped to handle an influx of patients should Planned Parenthood go away.

Yet, because Planned Parenthood is such a dominant institution in women’s health care today, some federally funded groups focus their attention on other areas.

“Some of them may say we’d rather put our money into eye exams or dental care because Planned Parenthood is taking care of women’s health,” Turner said.

“But if the federal government were to explicitly make money available to fund women’s health services, they would quickly respond,” she said.

If this were to happen, Turner argues women would actually be better off.

She describes Planned Parenthood as providing “fragmented” health care “where you’re not able to really care for the whole patient.”

In community health centers, which offer their services for free or at an affordable cost, they “keep medical records and have databases,” which provide “continuity” of care.

“It’s much better to have that under the same umbrella,” she said.

What Do Women Want?

If Congress defunds Planned Parenthood and local health clinics equip themselves to handle the millions of women the organization serves, will women feel comfortable going somewhere that’s not female-oriented?

Bravo, the founder of Obria, has her doubts.

“If we defund them, we’re going to continue driving [women] back [to Planned Parenthood],” she said.

In order to really make a difference in women’s lives, Bravo believes that the pro-life movement needs to get out of churches and into smartphones.

“Planned Parenthood meets them where they’re at,” she said of their tech-friendly, mobile-first services. “They meet them in the crisis, they meet them on the smartphone.”

Bravo believes that women facing an unplanned pregnancy want more than “formula and diapers.” She cites a 2014 market research study from the pro-life Charlotte Lozier Institute as proof.

The study found that the best pregnancy center would include “free medical exams, medical advice and free diagnostics such as ultrasound,” which Planned Parenthood offers, although not always for free.

With Obria, Bravo is offering these services at no cost.

Her clinics also provide other free services (such as cancer screenings and STI testing and treatments) so that women will come to Obria not just in times of crisis.

Doing this, she believes, gets to the “root cause” of unplanned pregnancies.

What you won’t find at Obria, however, is access to abortion, abortion referrals, Plan B or contraception.

“I would close my doors before I do that,” Bravo said.

By refusing to offer these services, Bravo can’t receive federal or state funding.

Instead, she relies on private funding to support her clinics, which makes her goal of opening 200 clinics nationwide a daunting task.

But to her, providing women a viable alternative to Planned Parenthood—one that is mobile-first and nationally recognized—is worth the effort. ‘Boots on the Ground’

Having had one herself, Bravo isn’t naïve to the reality of abortion.

“We have a law in the U.S. that says abortion is legal and I can’t overturn that,” she said. “What we can do is reach those women. We have to sit on the curb with those girls and say we can walk through this whole process with you.”

When she had an abortion, Bravo went to Planned Parenthood.

At the time, she said there was nowhere else to go, and the same is still true today.

In order to change that—and reach women during times of crisis so they don’t feel Planned Parenthood is their only option—Bravo is calling for “boots on the ground.”

“We need boots on the ground,” she said. “We need to unite and create a nationally branded, mobile-first alternative.”

With a team of ambitious millennials by her side, Bravo is doing just that, offering services like telemedicine, where women don’t even need to go in for an appointment—they can speak to a nurse or doctor online.

“They’re going to take it way beyond what I’m telling you about,” she said of her young staff.

Bravo then recalled a radio interview she did few days earlier. In it, the host analyzed the ways in which the pro-life “pregnancy center” movement was falling behind.

“The pregnancy center movement is still playing an eight-track tape in a Volkswagen van back in the 1970s,” Bravo recalled him saying.

“And they—Planned Parenthood—are driving up the street in a Maserati.”