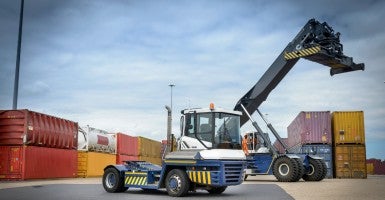 Rep. Pat Tiberi, R-Ohio, is poised to reintroduce legislation that would make permanent so-called “bonus depreciation.” This legislation would enable businesses to deduct half their capital expenses when incurred rather than being forced to wait years before they can deduct their costs.

This bill, which represents an important step towards tax reform, would reduce the cost of capital and substantially increase business investment in plant and equipment, create jobs, enhance productivity and improve real wages.

A similar bill (H.R. 4718, 113th Congress) passed the House last year, only to die in the Senate. Instead, Congress extended the bonus depreciation provisions as part of an expiring provisions package to the end of last year (2014).

There is presently tremendous uncertainty about whether this provision will be extended. Because the cost of capital will be higher if the provision is not extended or made permanent, businesses tend not to invest as much.

The present tax system is biased against savings and investment in many ways. One of the most important is that, unlike other expenses, businesses must deduct capital expenses (such as for machinery and equipment) over many years rather than in the year incurred. This raises the cost of capital and reduces investment.

Accordingly, the proper, neutral tax treatment of capital expenses is full expensing. The Tiberi legislation moves the tax code halfway to where it should be.

A lower cost of capital will increase investment levels and cause economic growth.

The U.S. has not only the highest corporate tax rate in the world but one of the worst capital cost recovery allowance systems. Bonus depreciation—better called 50 percent expensing—reduces the tax bias against investment and reduces the competitive disadvantage that U.S. firms face by allowing firms to expense half of their capital costs.

Bonus depreciation is not really a bonus at all but moves tax policy substantially in the direction of a neutral tax base—a tax base that is neutral toward the decision about whether to invest or consume and neutral among different investment options.

Markets, not the tax code, should dictate the level and composition of investment. The economic literature overwhelmingly supports the proposition that expensing is the “optimal” tax policy and would promote the highest rate of economic growth. Bonus depreciation moves the tax code more than halfway toward that goal.

Bonus depreciation is, in short, an extremely important step towards real tax reform. It should be permanently extended.

Some in Congress may perceive making bonus depreciation permanent as “too costly” given our current budget deficit. The initial cost of permanently allowing 50 percent expensing may appear substantial.

Moreover, these estimates substantially overstate the degree to which bonus depreciation would actually reduce revenues.

In the real world, businesses respond to major changes in tax policy. A lower cost of capital will increase investment levels and cause economic growth. Higher economic growth expands the tax base. A dynamic or reality-based score would show that bonus depreciation would reduce federal revenues less initially and actually raise substantial revenue in the out years.

Bonus depreciation is an enormous step in the right direction. It is not a new tax cut. It has been in place for property placed in service since Jan. 1, 2008.

Continuing this policy and making it permanent would be a major step toward true tax reform. Letting it expire, in contrast, would be a steep and economically harmful tax increase.