Omnibus Spending Bill Amounts to a Bundle of Broken Promises 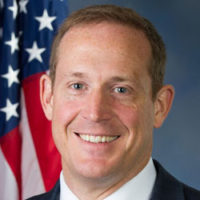 There have been three periods of unified Republican control of the federal government since World War II. We are living in the third.

Our country is built on separation of powers, and our people generally favor divided government. When Americans gave us control of the House, the Senate, and the presidency, their message was clear: They were tired of an overpowering federal government, they wanted life protected, and they wanted our border secured.

The latest omnibus bill didn’t pass muster on any of those elements. In many cases, it doesn’t just fail to fulfill the promises we made to the voters, it outright rejects them.

The bill did not fund the border wall. The $1.6 billion included for the wall is actually explicitly prohibited from allowing the president to build the type of barrier he wants and that we know will be effective—a tall concrete barrier.

In San Diego, where we have such a wall, crossings have fallen by 95 percent. That number is high because some of those crossings have moved to less secure areas, but the effect of the wall is definitely real.

Adding insult to injury, Senate Minority Leader Chuck Schumer, D-N.Y., got a great deal of money that could potentially go toward his pet project—a tunnel under the Hudson River connecting New York and New Jersey. That contrast—yes to tunnel funding, no to wall funding—is not a positive reflection on this bill.

The bill does nothing to stop funding from going to Planned Parenthood, a long-time conservative priority that should have been easily accomplished in a government run by Republicans and with a Senate where 10 Democrats are up for re-election in states that President Donald Trump won only two years ago.

Sanctuary cities remain funded under this legislation. These are cities that explicitly refuse to follow federal immigration law.

Congress is explicitly given the power to make immigration law. It should enforce that law, not continue to pay grant money to those who flout it. These sanctuary policies can have deadly consequences—most famously in the case of Kate Steinle in San Francisco.

The process for passing this bill was also terrible. Some opposed the bill, and some supported it, but no one was happy with the way it was considered: 2,232 pages of legislative text for $1.3 trillion in government spending, seen by members for less than 24 hours before voting. There was barely time to glance over it, much less read and absorb.

Last, but certainly not least, the money spent was $138 billion over last year’s omnibus—about $1,500 for every household in our country. That’s an increase of about 18 percent over last year.

That’s not limited government. In fact, it’s the opposite.

At the end of the legislative day, most Americans have a pretty basic expectation: that their elected leaders will try and keep their promises. If this omnibus bill is that effort, then it was far, far from good enough.