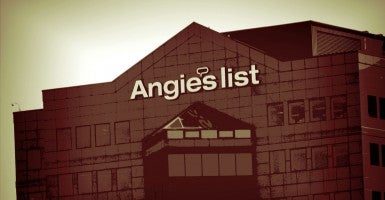 Bill Oesterle, co-founder and chief executive of Angie’s List, announced he is stepping down from his position just weeks after the company took an outspoken stance against Indiana’s Religious Freedom Restoration Act.

Oesterle’s announcement comes after Angie’s List decided to withdraw a proposal before the Indianapolis City Council to expand its headquarters. Angie’s List provides consumer reviews to its subscribers for a monthly fee.

The Indianapolis Star reports that Oesterle, 49, has been with the company for 20 years and its only CEO. He has been politically active as a Republican in Indiana, even working on the 2004 campaign of Gov. Mitch Daniels, R-Ind.

According to USA Today, Oesterle told employees in an internal message, “I have decided to step down as chief executive officer to pursue other interests, including becoming more civically involved in the State of Indiana.”

Oesterle told TheStatehouseFile.com the debate over religious liberty “came at a time when I was naturally thinking about what I might do for the rest of my life.”

“So I came to just the obvious realization that you have to pick,” said Oesterle. “You have to be a public company CEO or you can go work on political and social issues. You can’t do both.”

The Daily Signal previously reported the American Family Association and Family Research Council called for supporters of religious freedom to “Take Angie Off Your List” in a boycott of the company.

Tony Perkins, president of Family Research Council, said in a statement that Oesterle “jumped on the left’s misinformation bandwagon, using his company as leverage in the fight against religious liberty.”

“His position as CEO, he explained, is ‘incompatible’ with his political involvement–a view that was no doubt reinforced courtesy of former subscribers,” said Perkins.