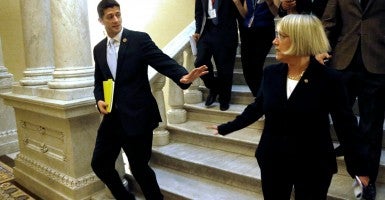 Earlier this month, the House Budget Committee proposed spending almost $3.8 trillion in fiscal year 2016—one-fifth of the country’s total economic output. Yet much of that huge amount will be spent with little regard to efficiency and accountability.

The sad truth is that, for many federal programs, we have no way of knowing whether they are working well, poorly or not at all. It is not uncommon for programs to operate for decades—with total costs running to tens and hundreds of billions—without ever undergoing thorough scientific evaluations.

And there’s no guarantee that politicians will pay much attention to such assessments, if they don’t like the results. Consider Head Start, the pre-K education program for disadvantaged children. A large-scale evaluation using random assignment demonstrated that almost all the benefits of the program disappear by kindergarten. Yet Congress continues to pump billions into the failed program.

Another policy disaster that Congress refuses to end is the 21st Century Community Learning Centers. A random assignment evaluation found that students participating in after-school educational activities under this program were more likely to have disciplinary and behavioral problems, such as getting suspended from school.

Far too frequently, Washington measures success by the amount of money spent to alleviate social problems, rather than the degree to which funded programs actually reduce the problems. While continually spending taxpayer dollars may symbolize the compassion of program advocates, it does not mean that society is any better off because of it.

Now a movement is underway to improve this situation. The evidence-based policy movement seeks to inform and influence policymakers through scientifically rigorous evaluations of the effectiveness of government programs. In other words, the movement provides tools to figure out what works and what does not work.

Scientifically rigorous impact evaluations are essential. They can help policymakers exercise informed oversight of government programs and be more effective stewards of the federal purse. There is little merit in continuing programs that fail to ameliorate their targeted social problems. Continued funding should be contingent on hard data that prove a program is getting the intended job done.

Since Congress suspended the debt ceiling last year, the federal debt has risen to $18.1 trillion. Now that the ceiling is back in place, Congress will have to cut spending or raise taxes to avoid a government shutdown this fall. Given that worrisome fiscal reality, it is imperative that Congress subject all federal programs to rigorous evaluations. Americans deserve better than having Congress continue to waste their tax money on programs that don’t produce results that justify the investment.

To help remedy this problem, Rep. Paul Ryan, R-Wis., and Sen. Patty Murray, D-Wash., last year introduced the Evidence-Based Policymaking Commission Act. The two lawmakers are expected to introduce a revised version of the bill within a few weeks.

It would create an Evidence-Based Policymaking Commission made up of 15 unpaid members—academic researchers, data management experts, and program administrators—appointed by the president and by the majority and minority leaders in the Senate and House of Representatives.

Over the course of its 15-month life span, the commission’s main objective would be to advance evidence-based policymaking within the federal government. In addition to expanding the use of data to evaluate program effectiveness, the commission also would be charged with making sure that the privacy rights of individuals participating in the programs are protected.

Changing the federal government’s propensity to measure success by the amount it spends will not be easy. However, creating an Evidence-Based Policymaking Commission could be a big culture changer for Washington, one that could help Congress fund programs that work and pull the plug on those that don’t.