The Horrors of Growing up in Communist Romania 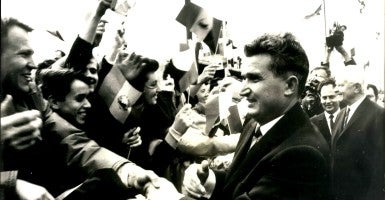 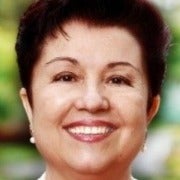 As a young attorney under Nicolae Ceauscescu’s vicious Communist regime in Romania, I spent my entire life searching for the truth.

When I finally found truth in the pages of a forbidden book in Romania—I accepted the divine call to defend other followers of Christ against unjust persecution in an otherwise ungodly land. For this, I was kidnapped, beaten, tortured, placed under house arrest, and came within seconds of being executed under the orders of Ceausescu himself.

The following is an excerpt from my book,”Saving My Assassin.” It is the story of how I helped expose the appalling secret that would ultimately lead to the demise of Ceauscescu’s evil empire in Romania:

During the totalitarian regime of Nicolae Ceausescu, the most brutal and repressive regime—even by Soviet bloc standards—Communist Romania was a land of lies.

Religion was tolerated only to keep up outside appearances, and internal dissidence was not permitted. Ceausescu’s goal was to demolish the churches to make room for his palace—his early temple. Declaring himself a god, he decreed that he had brought about the “golden era,” and every citizen was required to agree with him.

If you did not, you would face the full wrath of Ceausescu’s secret police, the Securitate, one of the most ubiquitous and brutal secret police forces in the world. Simply put, Ceausescu turned my native country into a prison land.

Not only were we not free to confront the lies of the despotic regime, but we lived in a constant state of anxiety and mistrust, as anyone could easily and often arbitrarily denounce a neighbor, classmate, or family member for making “antigovernment” statements. The best way to avoid punishment, I learned early on, was to remain silent and blend in.

Unfortunately, I did not blend in. And for that, I was punished.

My mother always had plenty of chores for me to do inside, while my older sister, Alina, my younger sister, Oana, and my younger brother, George, were allowed to play outside.

In the beginning, I didn’t pay any attention to this difference, nor to the fact that in the winter I had to wear a veil in public, and in the summer, a hat.

One afternoon while I was doing the dishes, I stood on my tiptoes to slide a plate into the cupboard, and through the open window, I could hear singing. “The sleeping bear is starving. We will feed him with milk or honey or coffee.”

I leaned into the sink and tugged the curtain aside. Alina, Oana, George, and their friends were gathered in a circle playing Ursual Doarme (The Sleeping Bear). I loved that game. My mother was asleep in the next room, and I knew that if I woke her to ask permission to play, she’d be as angry as a sleeping bear. But oh, how I wanted to join the fun!

I carefully cracked the back door open, then looked back toward the bedrooms. No Sound. Quietly, I closed the door behind me and rushed to the outer edge of the circle in which Alina sat blindfolded. I bounced on my toes, hoping they’d let me play.

“See how her hair reflects the sun?” I turned toward the neighbor lady and her friend standing on the other side of the white wooden fence between our two yards.

“She’s the only child in Techirghiol with red hair and freckles.” She motioned toward me. “Come, Virginia.”

I glanced at my sister—still blindfolded—and ran over to the fence.

The neighbor ran her fingers through my hair, then down my cheek. “Have you ever seen a child with so many freckles?” The other lady pulled a camera from her purse and snapped a picture. The neighbor pointed toward the other kids. “That’s her sister in the center, her other sister over there, and her brother sitting at the edge of the circle.”

Alina, Oana, and George all had black hair and olive skin. I had red hair and white skin with lots of freckles. I didn’t know what to say in response to the neighbor’s comment, so I said nothing.

“She’s so tiny compared to them, even her younger brother.”

“Virginia!” My mother stood in the doorway, arms folded. My mouth went dry as my mind raced to think of an excuse why I’d left the house. I was in trouble.