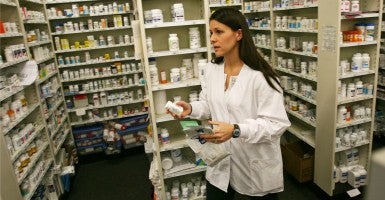 We’ve heard a lot about how Obamacare’s Medicaid expansion will be costly to states in the long run. Yet this hasn’t stopped some governors, who know that taking more money from the federal government makes their budgets look good (in the short term), while making themselves appear compassionate.

But we haven’t heard enough about how expanding Medicaid will cause permanent damage to America, our health care system and our citizens.

For decades, government plans such as Medicare and Medicaid have typically paid doctors and hospitals less than private plans, and even less than the actual costs of the services in some cases. Health care providers covered their losses by raising prices to patients with private insurance.

This “cost shifting” contributed to increases in the costs of employer and individual health insurance plans. As private health insurance became prohibitively expensive for many Americans, more became uninsured or covered by government plans. And as more participants in government plans strained state and federal budgets, the gap between payouts from Medicaid vs. private insurers became even larger.

Today, fewer and fewer doctors will even accept new Medicaid patients because of low reimbursement. Medicaid patients in the future may not even be able to find a doctor. In Ohio, only around 40 percent of doctors have been taking new Medicaid patients, a number that is likely to fall in light of the “bump out” Medicaid payment ending. This has led to doctors lobbying the state government to cover the payment itself—over half a billion dollar hit to the state budget.

The Buckeye Institute recently reported that Ohio’s expansion rests upon a particularly shaky funding loophole to tax managed care organization (MCO) premiums while maximizing federal dollars. It’s a loophole on the verge of being closed by Washington, leaving Ohioans with an unaffordable Medicaid system and few funding mechanisms.

You might think doctors and hospitals would be sounding the alarm, but think again. Doctors are divided, and hospitals are actually leading the lobbying for Medicaid expansion in every state.

That’s because the hospitals think signing more people up for government-controlled coverage will give them easy reimbursement from taxpayers. Those benefits, however, are outweighed by the long-term costs to keep the program running. When the money gets tight, doctors, patients and hospitals will be hurting.

Seniors on Medicare will also have difficulty finding a doctor because of low reimbursement. Indeed, more physicians will eschew insurance plans altogether, opting to limit their practices to those patients who are able to pay directly.

If federal and state governments do not change this destructive cycle, America’s health system will increasingly become a two-tier system in which people of means pay for their health care directly while everyone else waits in line for whatever they can get. All the same people who ruined America’s health care system through government intervention will fight to make sure everyone is forced into a government plan.

As Ohioans debate Medicaid reauthorization, they face an expansion program 53 percent over budget for the first half of fiscal year 2015. Tying up state finances, raising taxes and further regulating the industry doesn’t solve the underlying problem.

There are too many short-term thinkers in the health care debate. It’s time for proponents of Obamacare and the expansion of Medicaid to understand that they are anything but compassionate. They are dooming many Americans to second-rate health care.

Originally published in the Cincinnati Enquirer