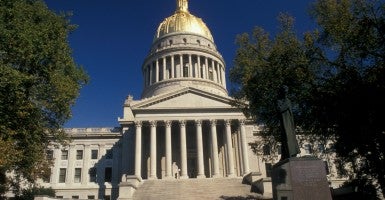 The West Virginia legislature has passed the Pain-Capable Unborn Child Protection Act, overriding the governor’s veto of the legislation.

On Friday, the West Virginia state Senate voted 27 to 5 to authorize House Bill 2568. According to the Associated Press, a simple majority is all that is needed to override a gubernatorial veto on matters of policy in West Virginia.

On March 4, the West Virginia House of Delegates voted 77-16 to approve the legislation.

The AP reports that the legislation bans abortion after 20 weeks, including cases involving rape or incest. Exceptions are made for cases where the life of the mother is at risk.

Pro-life advocates are applauding the legislation, while pro-choice advocates say that it intrudes into the relationship between a woman and her doctor.

“This bill reflects the most current medical research, which clearly demonstrates that human beings feel pain beginning at least by 20 weeks gestation,” West Virginians for Life President Wanda Franz said in a statement.

Marjorie Dannenfelser, president of the Susan B. Anthony List, praised the legislation, which she called “women-led.”

“The House of Delegates vote to override Gov. Tomblin’s shameful veto was the first veto override since 1987,” Dannenfelser said in a statement. “This historic effort is emblematic of the momentum building nationwide to protect children and women in the late stages of pregnancy. Americans are united in their opposition to brutal, barbaric abortions past the point at which the baby can feel pain.”

Sarah Torre, a policy analyst at The Heritage Foundation, told the Daily Signal that most Americans support legislation similar to West Virginia’s.

“The vast majority of Americans—including nearly 60 percent of women—support legislation that would limit dangerous and gruesome late-term abortions after 20 weeks,” said Torre.

“The U.S. is currently one of only seven countries—among them North Korea and China—in which elective abortion after 20 weeks is allowed,” she added. “Protecting the health of women and the lives of unborn children who are so close to viability is a policy the American people overwhelming support and our collective conscience demands.”