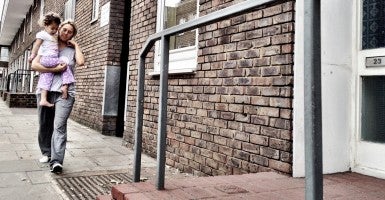 A new poll shows that Americans don’t believe the economic policies put in place by the government in the wake of the recession have been helpful to the poor and the middle class.

According to a new poll by the Pew Research Center, Americans see government policies under the Obama administration as having mostly benefited wealthy people, large corporations and financial institutions.

Norbert Michel, a research fellow in financial regulations at The Heritage Foundation, said that Americans have a negative view of post-recession economic policies because “they’re paying attention.”

“The notion that financial markets were deregulated is laughable,” Michel said.

According to Michel, Americans feel that the government’s policies disproportionately benefit the powerful because they do.

“Americans feel that the big banks and financial institutions are the ones benefiting from the policies because they’re the ones who were bailed out,” Michel said.

Michel said that there are a host of rules and regulations that are still preventing growth.

“If you want to help more people, you need to get rid of that,” Michel said.