The History of Defense Spending in One Chart 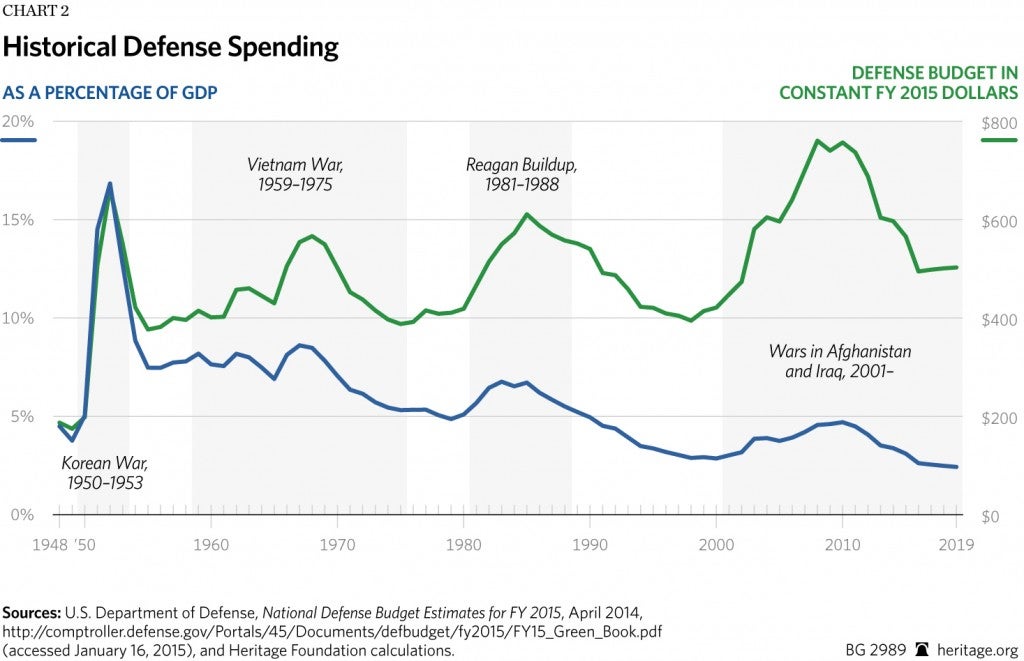 Last week, President Obama outlined his budget proposal for fiscal year 2016. It includes an increase in defense spending over the next 10 years to keep pace with inflation but falls short of the level proposed by The Heritage Foundation.

After a 25 percent reduction in annual spending over the past six years, Heritage’s Diem Nguyen Salmon called on Obama to boost the defense budget to $584 billion. His proposal came in at $561 billion.

“Consecutive years of across-the-board budget cuts have significantly weakened the U.S. military,” Salmon wrote. “The military will likely need several years of reinvestment to return to a sound footing, and a higher defense budget for fiscal year 2016 would be an encouraging start.”

For a closer look at defense spending through the years, The Daily Signal offers this chart from 1948 into the future.