If Obama Spoke Honestly, Here’s What He’d Say in State of the Union 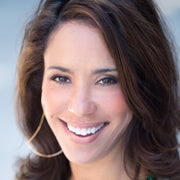 Crystal Wright is the editor and publisher of the blog Conservative Black Chick and principal owner of the Baker Wright Group.

Likely, in his sixth State of the Union address, President Obama will drone on about the need for “the rich,” those hard-working higher earners, to pay more taxes.

He will demand the federal government create more programs it can’t afford.

Finally, in tyrannical fashion, Obama will threaten Congress with vetoes and more executive orders if the legislative branch doesn’t bend to his will.

Here’s my (satirical) take on what Obama will really be telling the nation.

“Mr. Speaker, Mr. Vice President, members of Congress, fellow citizens: I am president (smiles) and it’s my job as CEO of this country to give you a report on the state of our union.

“This has been a ‘breakthrough year’ for America. Our economy has grown at a record pace and people are working again. Unemployment is below 6 percent and in the first 11 months of 2014, businesses added 2.65 million jobs, making 2014 the strongest year for job growth since the 1990s.

“The labor participation rate is 62 percent—the lowest it’s been since 1978. But let’s not dwell on that because we’re creating jobs. Unemployment has gone down because people are taking any job they can find, working part-time when they want full-time employment (chuckles). But I would too if I was an average American. But that’s progress.

>>> Crystal Wright will appear on The Daily Signal’s live State of the Union show at 9 p.m. EST Tuesday

“And I know wages have stagnated and Americans haven’t received raises probably since I became president, but here’s how we’re going to fix that.

“In my White House budget which I will be sending to Congress when I get around to it, I’m demanding Congress raise the minimum raise to $10.10 an hour. That’s what I raised it to for federal contractors through executive order last year. It’s the right thing to do!

“Now, I know a lot of businesses who pay people hourly, like Burger King franchise owners, announced last year they will reduce employees’ hours below 30 hours a week to avoid paying for Obamacare. But I still think Congress should raise the minimum wage even though it may force businesses to cut jobs.

“For those young people who may be working part-time at Burger King and want to go to college, I’ve announced a $60 billion plan to provide two years of free community college to students. How will we pay for this? By taxing the rich more!

“As I’ve said many times, the rich (that’s really code for higher earners) need to pay their fair share. There’s no reason people who are already making lots of money because they work hard for long hours shouldn’t pay more in taxes.

“I know we raised taxes on ‘the rich’ last year but it wasn’t enough to cover the costs of tax cuts for the middle class and fund government programs. Some say my tax policies punish success and don’t encourage people to work hard when they know other people’s hard work will pay for their prosperity.

“This just isn’t true. Frankly, I think couples making $500,000 a year should pay a 50 percent capital gains tax rate instead of the 28 percent rate I propose. It’s the right thing to do. (Democrat members stand and applaud.)

“My Republican colleagues in Congress frown on this. Despite our many battles in the past, we’ll have to find a way to work together. While Republicans won control of Congress in 2014 and have plans of their own to move the country forward, so do I.

“I have a binder full of vetoes that I won’t hesitate to use if bills are passed on the Keystone pipeline, changes to Obamacare or my executive order on immigration.

“I will also veto any bill Congress sends me seeking to impose more economic sanctions on Iran before we can get a nuclear deal signed. Now, I realize America has been engaged in these talks for a year. Iran has ignored two deadlines and there’s a 50/50 chance Iran won’t sign a nuclear disarmament agreement. I don’t care if Democrats agree with Republicans on imposing more sanctions on Iran. As commander-in-chief, I know where to draw a red line. (No applause.)

“As I have said before, I will work with Congress—but if Congress continues to obstruct my agenda, I’ll take action on my own through executive order as I’ve done on immigration, climate change and lots of other major policies. Because it’s the right thing to do! (Democrats stand with thunderous applause.)

“God bless you and God bless the United States of America.”