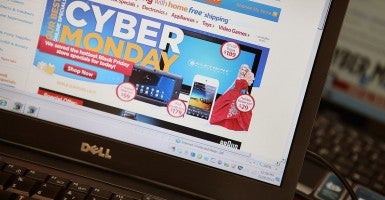 House Judiciary Committee chairman Bob Goodlatte, R-Va., this week jumpstarted the sputtering effort to allow states to collect sales taxes on sales by out-of-state, mostly Internet-based, sellers. Known as “home rule and revenue return,” his plan would allow Internet purchases to be taxed – but at the rate established by the seller’s state, not the rate set by the buyer’s state.

His plan is a good-faith effort to fix problems in last year’s leading bill (known as the “Marketplace Fairness Act”). But the plan nevertheless is flawed. Of most concern, it requires sellers to collect taxes on purchases even if their own state has no sales taxes, or to report the name and address of the buyer to their home state tax authority. Such a federally-required obligation represents a dangerous extension of the reach of state tax collectors

The current rules for taxing out-of-state sales were established by the Supreme Court in the 1992 case of Quill v. North Dakota. Under Quill, states can only require businesses to collect their sales taxes if they have a physical presence (a building, warehouse or employees) in their state. For instance, if a customer living in Virginia buys a product from a retailer with a physical presence only in Maryland, no sales tax is paid because Virginia can’t force the Maryland retailer to collect the tax.

This common-sense rule has long rankled state tax collectors, who don’t want to lose potential tax revenue, as well as brick-and-mortar retailers, who complain that their online competitors enjoy an unfair tax advantage.

During the last Congress, the Senate approved the Marketplace Fairness Act to override Quill and force retailers to collect taxes from out of state buyers. With 10,000 taxing jurisdictions nationwide, this would have placed a substantial burden on online sellers.

Chairman Goodlatte’s plan would take a different tack. Instead of requiring retailers to identify and collect sales taxes for thousands of jurisdictions, they would simply collect taxes at the rate set by their home state. This is a clear improvement, limiting the burden imposed on online retailers.

Nevertheless, the proposal suffers from some serious flaws. Most problematic is a provision requiring retailers in states which impose no sales taxes to do one of two things: a. collect a minimum sales tax on out-of-state purchases, or b. report information about the sale to the buyer’s home state. In either case, retailers would face a regulatory burden that their own state specifically declined to impose on them. And the explanation given for the new burden—-discouraging tax competition–is a weak one. Tax competition–like other forms of competition–often provides benefits to consumers.

Goodlatte’s compromise plan is an improvement over previous proposals. Specifically, it addresses concerns over the complexity and cost of compliance that would be faced by retailers. Yet, it falls short, allowing burdens to be imposed on retailers without their own state’s consent. These flaws should be fixed.