Why Even Common Core Supporters Are Changing Their Minds 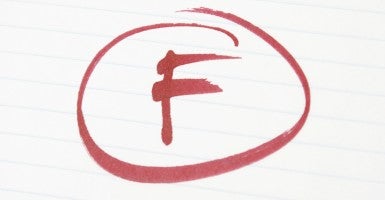 It’s one thing to experience “buyer’s remorse” when the product is something you can return easily, from new clothes to a set of high-end speakers. It’s another when you’re talking about your state’s educational standards.

Yet more and more states are finding that there’s simply no living with Common Core. Parents, teachers, students and lawmakers have become increasingly vocal in their criticism of the federally backed standards — and more and more of them are taking action.

Louisiana Gov. Bobby Jindal, for example, once backed Common Core, saying in 2012 that he expected it to “raise expectations for every child.” By this summer, however, he was pulling his state out of the program. He insisted it was sold falsely to states as voluntary standards and that he was the victim of a “bait and switch.”

That is the crux of the criticism against Common Core — that the federal government got recession-strapped states to sign on by offering more than $4 billion in grants and waivers under the Race to the Top program. Many lawmakers were eager to sign on — at first. Now they are worried about losing those waivers if they drop Common Core.

That concern even led Sen. David Vitter, Louisiana Republican, to propose legislation that would “prohibit the federal government from mandating, incentivizing or coercing states to adopt the Common Core state standards or any other specific academic standards, instructional content, curricula, assessments, or programs of instruction.”

So far, 19 states have made significant efforts to push back against Common Core. Indiana, Oklahoma, South Carolina and Louisiana have exited the standards, and others appear poised to do likewise.

Who can blame them? The more teachers and parents see of Common Core, the less they like it.

Math problems that used to be solved in two or three easy steps now take a dozen or more, and with no discernible advantage — unless the point is to make things more complex. “In the real world,” one engineer father said of the mathematics homework his son brought home, “simplification is valued over complication.”

When it comes to reading, Common Core inexplicably junks many of the classic works of fiction that have long prepared students to think critically. In their place are “informational texts” that will cause college readiness to decrease, said professor Sandra Stotsky, former senior associate commissioner at the Massachusetts Department of Education.

The main problem is that Common Core exemplifies a top-down, one-size-fits-all approach that is toxic in the world of education. No matter how well-meaning some bureaucrats in Washington may be, they can’t prescribe standards that will work perfectly in every school of every district of every state. What works in Peoria, Illinois, may not work in Portland, Oregon.

“Adopting Common Core national standards and tests surrenders control of the content taught in local schools to distant national organizations and bureaucrats in Washington,” education researcher Lindsey Burke writes. “It is the antithesis of reform that would put control of education in the hands of those closest to students: local school leaders and parents.”

That, in fact, is the solution. What’s needed here is parent-directed education. We need school choice, which allows families to select the academic setting that’s right for them. That might be the local public school, a nearby private school or home school.

Such an approach is understandably appealing to frustrated families, many of whom have embraced school choice programs. The number taking advantage of options such as vouchers, tuition tax credit programs and education savings accounts has gone from fewer than 50,000 in 2000 to more than 300,000 today.

We don’t need questionable universal standards handed down to us from Mount Olympus. Choice in education should be our standard. Common Core restricts choice and simply doesn’t make the grade.