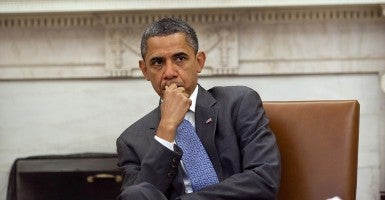 Many legislators complain about the Environmental Protection Agency on various matters ranging from their excessive water power grab in their “Waters of the United States” rule to their attempt to go around Congress to regulate greenhouse gases.

Now, the omnibus makes many of these complaints about the EPA look hollow—the “CRomnibus” actually would provide about $250 million more for the EPA than President Obama requested in his fiscal year 2015 budget.

Although the CRomnibus would spend about $60 million less for the EPA than fiscal year 2014, it still would spend a lot more than what was requested by Obama.

This is the same Obama who is killing the coal industry with unnecessary regulations. This is the same EPA that is threatening property rights by trying to regulate almost every water body.

Instead of reining in the agency through the power of the purse, legislators through the CRomnibus would give it even more money than the administration thought was necessary.

The agency isn’t being held accountable, it’s being empowered.