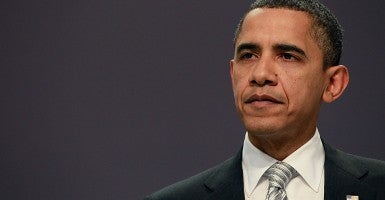 Support for Obamacare has reached a new low.

According to a new Gallup poll, only 37 percent of Americans approve of the president’s signature law, its lowest approval rating ever.

Additionally, 56 percent of Americans disapprove of the law, its highest disapproval rate. The Gallup poll was conducted Nov. 6-9 with a national sample of 828 adults and has a margin of error of 4 percentage points.