Back to School: The Transformational Impact of School Vouchers

Another summer has come to an end. As I’ve been looking toward the new school year, I have had a chance to reflect on all the children who have touched my life over the past few years.

In 2004, when the D.C. Opportunity Scholarship Program (DCOSP) was implemented, I had the privilege of getting to know so many of the children and parents who became the beneficiaries of scholarships (vouchers). The DCOSP provides vouchers to students from low-income families to attend private schools of their choice in Washington, D.C. I’ve remained in touch with many of them and have delighted in seeing their children’s educational journeys be incredibly successful. 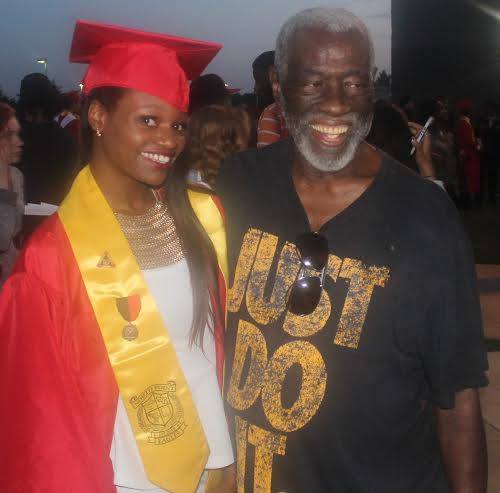 Students such as Jordan White, who, as her mother Wendy Cunningham happily reports, graduated from Oberlin College with a B.S. in Japanese studies and is now a translator for a Japanese company based in Japan. Pamela Battle’s son, Carlos, will graduate in May 2015 from Northeastern University, where he’ll receive his B.S. in psychology and social service. Rashawn and Dominique, whose father, Joe Kelley, was a tireless parent advocate for the DCOSP, are both high school graduates and are attending the University of the District of Columbia. Joe’s daughter Shakeyta graduated from high school this past May, and he has one more daughter, Irene, who will graduate in 2015. Each of his children received a scholarship from DCOSP. Sheila Jackson’s daughter Shawnee is at St. Augustine University in Raleigh, North Carolina.

All of these children benefitted from the DCOSP. Their parents have been adamant about the value of the program for their children—for all children. And there continues to be many, many stories about children who were languishing in educational environments that did not meet their needs and how, when given the opportunity to attend schools of their parents’ choice with scholarships, have gone on to thrive academically in those schools. Their parents have said to me that receiving scholarships changed not only the lives of the children but the lives of their entire families and their communities.

As I travel around the country and talk to parents in other cities and states that have access to vouchers (i.e., Milwaukee, New Orleans, Arizona, Florida, Indiana, etc.), the stories are similarly inspiring. With the option of attending private schools with vouchers, parents see their children moving forward and having positive outcomes. This leads to a brighter and more prosperous future. As the 2014–2015 school year begins, I know that more and more students who are receiving vouchers will be fulfilling the dreams of their families—to receive a much-deserved quality education.

Virginia Walden Ford is a visiting fellow at The Heritage Foundation.