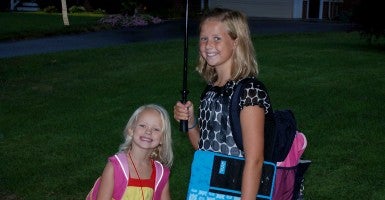 Charter schools, which are public schools that are independently managed and operated, have grown in popularity in recent years. Part of that popularity may be due to the schools’ productivity and ability to improve learning outcomes on a more limited budget than traditional public schools enjoy.

>>> Climbing the Ladder of Upward Mobility Through Education

“Any claim that the higher productivity of charters relative to [traditional public schools] TPS is because charters serve a more advantaged population would be undermined by these findings, as all charter sectors outperform their [traditional public schools] TPS on productivity measures even though half of the charter sectors enroll a more low-income population of students than their TPS.”

Why are charters so cost-effective and productive? “It appears to be likely that much of the basis for the higher productivity of public charter schools rests on the fact that they receive less funding and therefore are highly disciplined in their use of those education dollars,” the authors surmise.

“Our analysis indicates that charter schools are consistently more productive than traditional public schools across both cost effectiveness and return on investment calculations for all the states in the study,” Wolf and his coauthors conclude.

Stanford’s Caroline Hoxby has also studied the effectiveness of charter schools at length. In a multiyear evaluation of charter schools in New York City, Hoxby found that attending a charter school from kindergarten through eighth grade would bring disadvantaged students up to the level of students in affluent suburban schools in mathematics, and would close 66 percent of the achievement gap in English. Charters produce a “major and lasting difference,” and accomplish what Hoxby refers to as a narrowing of the Harlem-Scarsdale achievement gap, or the gap between affluent districts and lower-income areas.

A 2010 U.S. Department of Education evaluation of the impact of charter schools also found higher levels of satisfaction among parents with both the quality of schools and their child’s development.

Across the country, more children than ever now have access to schools of choice. Charter schools represent a major part of the growth in school choice over the past decade, with just 8 remaining states still barring charter schools from operating. And with the average charter school having a waiting list 300 students long, it’s time every state allow these flexible public school options to serve families.