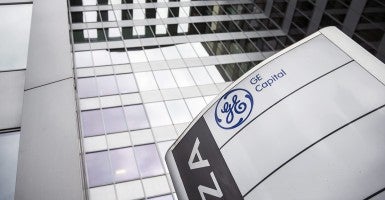 Congress is debating the fate of the U.S. Export-Import Bank, an obscure government agency that funnels subsidies to foreign firms for the purchase of American exports. Proponents claim the bank aids small business, creates jobs and “levels the playing field” in global trade. In fact, Ex-Im does nothing of the kind, and Americans deserve to know the truth about what is little more than a conduit for corporate welfare.

In an Aug. 10 commentary, for example, Jay C. Moon, president and CEO of the Mississippi Manufacturers Association, asserted that nearly 90 percent of Ex-Im transactions in 2013 helped small businesses. However, “transactions” simply refers to applications. When it comes to actual dollars, barely 20 percent of the bank’s financing benefits small business. That equates to about one-half of 1 percent of all U.S. small businesses.

In some instances, Ex–Im actually harms small business by providing their overseas competitors with financing at artificially low rates. Recently, for example, the bank approved $694 million in financing for the purchase of U.S. equipment to develop an open-pit iron ore mine in Australia (owned by that country’s richest woman). The deal was consummated despite warnings from the United Steel Workers, the Iron Mining Association, and all four senators from Minnesota and Michigan that the subsidies would jeopardize thousands of U.S. mining jobs.

Moon also claimed that Ex-Im Bank has “supported” 1.2 million private sector jobs since 2009. In fact, the bank does not count actual jobs related to its subsidies. Instead, it simply extrapolates numbers based on national data. The formula does not distinguish among full-time, part-time, permanent or seasonal jobs.

Most important, Ex–Im officials assume that the economic activity they subsidize would not occur absent bank financing. That is an absurd notion, considering that more than 98 percent of U.S. exports occur without any help from Ex-Im, and that such exports have reached record levels in recent years. Moreover, the capital dedicated to subsidies would instead shift to more efficient uses.

According to Moon, the bank earned more than a billion dollars in profit for the U.S. Treasury. However, the Congressional Budget Office recently reported that Ex–Im would actually post a deficit of $2 billion over 10 years if forced to apply the accounting rules required of private firms.

Finally, Moon stated that Ex-Im subsidies are needed for U.S. companies to compete on a “level playing field” with foreign exporters. But there is no such thing. Every country possesses advantages that others lack. And, short of nationalizing entire American industries, no amount of Ex-Im financing would offset China’s massive subsidies in state-controlled companies. If anything, Ex-Im subsidies breed government dependence, which make businesses less competitive, not more so.

Even Barack Obama, as a presidential candidate, called for closing Ex-Im. If bank advocates sincerely want to nurture employment and economic growth, they should focus on reducing the tax and regulatory barriers that choke investment, innovation and job creation throughout the economy.

Originally published in The Clarion-Ledger.