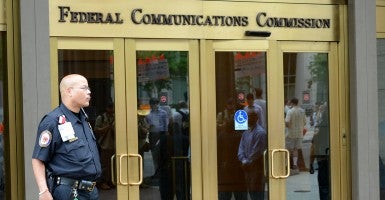 WASHINGTON — Despite critics wary of municipal broadband’s disastrous track record across the country, Federal Communications Commission Chairman Tom Wheeler continues to forge ahead with his desire to use the FCC to preempt state laws banning the services.

Wheeler’s interest in using federal power to ignore state laws noticeably increased after a federal court affirmed the commission’s authority to promote broadband competition. The FCC’s libertarian and conservative critics warned the court’s decision provided the rationale  the commission was seeking to regulate the Internet.

Responding to a letter sent by a number of Democratic senators and congressmen in June, Wheeler wrote he believed state laws banning municipal broadband “limit” competition in the broadband space.

“I respect the important role of state governments in our federal system, but I know that state laws that directly conflict with critical federal laws and policy may be subject to preemption in appropriate circumstances,” said Wheeler.

Municipal broadband is an Internet-service owned by local governments, and progressive tech policy analysts see it as a way to bring high-quality Internet service to areas not viable for private Internet service providers. The model is banned in 21 states.