The 5 Most Egregious Myths About Conservatism 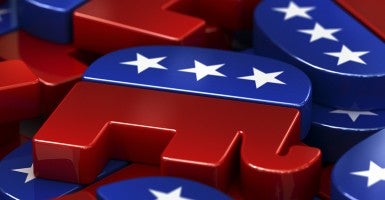 When it has nothing else to do, the liberal establishment will dip into its bulging bag of clichés and declare that this time, absolutely, positively, without any doubt, the conservative movement is done. And once again it becomes the duty of right-thinking analysts to stand up and firmly say, “Poppycock!”

Here are five of the most egregious myths about conservatism:

1. The conservative movement is cracking up.

The primary fights between regular Republicans and tea party candidates reflect vitality, not decay. If the conservative party (that is, the Republican Party) were as close to interment as liberals say, political candidates would be vying for the nomination of a third party such as the libertarians. They aren’t.

Liberals are mistaking diversity for division, and today the conservative movement is more diverse than ever, with names such as Jindal, Rubio, Cruz, Martinez, Tim Scott, Rand Paul, etc. The movement is expanding, not contracting, as evidenced in annual gatherings such as the traditionalist CPAC, which attracts 10,000, and the libertarian Freedom Fest, which draws more than 2,000 people.

2. The conservative philosophy is irrelevant and out of date.

“To suggest that the conservative philosophy is out of date is akin to saying that the Golden Rule, or the Ten Commandments, or Aristotle’s Politics are out of date. The conservative approach is nothing more or less than an attempt to apply the wisdom and experience and the revealed truths of the past to the problems of today.” Barry Goldwater wrote that 54 years ago in “The Conscience of a Conservative,”and it holds true today.

3. The three-legged stool of social, economic and national security conservatism is breaking down.

From 1995 to 2011, according to Gallup, pro-life support in America increased from 33 percent to 50 percent, and support for abortion declined by 15 percent. A 2013 Gallup showed 41 percent of Americans self-identified as economically conservative, but only 19 percent as economically liberal. President Obama’s stop-and-start foreign policy in Iraq, Afghanistan, Syria, Russia, Ukraine, Libya and elsewhere has produced a new breed of national security conservatives committed to a prudent foreign policy, based on our capabilities and guided by our founding principles of liberty and justice.

4) The tea party is toxic for conservatism.

Of all the myths, this may be the most pernicious. Far from being poisonous, the tea party has assumed the grassroots role of Goldwater volunteers in 1964, the Moral Majority in Reagan’s 1980 presidential victory and supporters of the 1994 Contract with America. Denounced as extremist by the media, the tea party believes, as a conservative icon once put it, that “Extremism in the defense of liberty is no vice.” I can attest from personal experience that Tea Partiers love their country, their God and the Constitution.

5) Conservatism is headed for the ash heap of history unless it makes major changes in its philosophy and politics.

Wrong and wrong. Conservatism is the largest political philosophy in America: 40 percent of Americans describe themselves as conservative, 35 percent as moderate, and just 22 percent liberal. When queried about specific issues, moderates lean more to the right than to the left. The current surge of libertarianism, as seen in Sen. Rand Paul’s pre-presidential candidacy, will widen the appeal of the conservative movement.

Culturally, Fox News continues to dominate the world of cable news, Rush Limbaugh remains the No. 1 talk-show host, Cal Thomas is the most widely syndicated newspaper columnist in America, and The Heritage Foundation, in combination with Heritage Action, is the most-often cited think tank in Washington.

The defeats of 2006, 2008 and 2012 were caused by lackluster political leadership and lip service to conservative principles. The elections of 2014 and 2016 afford conservatives an opportunity to forge a governing coalition stretching from the nation’s capital to the state houses and legislatures of red and blue states.

America has always been a center-right nation, accepting of change so long as it is gradual and not radical, which explains in large measure the continuing rejection of Obamacare. Most Americans take their lead from the American and not the French Revolution.

As Goldwater put it, conservative principles have little to do with “the social, economic and political landscape that changes from decade to decade and from century to century” and everything to do with man’s nature and his God. The problems confronting us may change, but the principles guiding the answers do not. The challenge before us is not to find new truths but to apply proven truths to the present-day problems of our world.