Rand Paul: ‘Big Government Has Been at the Heart of the Problem’ in Ferguson 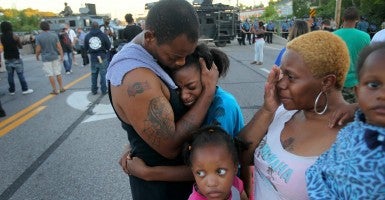 In an op-ed published in Time, Paul wrote, “Not surprisingly, big government has been at the heart of the problem.” He continued:

“Washington has incentivized the militarization of local police precincts by using federal dollars to help municipal governments build what are essentially small armies—where police departments compete to acquire military gear that goes far beyond what most of Americans think of as law enforcement.”

Talking about the photos and footage coming out of Ferguson, a suburb of St. Louis, Paul wrote that they “resemble war more than traditional police action.”

The Kentucky senator, however, also sounded a cautious note about the protests in Ferguson, writing, “The outrage in Ferguson is understandable—though there is never an excuse for rioting or looting.”

“There is a legitimate role for the police to keep the peace,” Paul added, “but there should be a difference between a police response and a military response.”

There have been protests in Ferguson since the death of 18-year-old Michael Brown, who was killed in an interaction with a police officer Saturday.

>>> Overmilitarization: Why Law Enforcement Needs to Scale Down Its Use of Military Hardware and Tactics