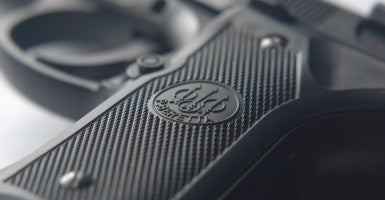 Italian gunmaker Beretta announced this week the company is relocating its U.S. headquarters from Maryland to Tennessee in response to gun restrictions passed last year.

The company has been producing firearms in Maryland since 1977 but the Firearm Safety Act of 2013, which bans a range of firearms and places restrictions on gun owners, solidified Beretta’s move out of state.

“We tend to be a company that has deep roots,” board member Jeff Reh told the Baltimore Sun. “We didn’t want to leave Maryland or even consider it but we decided it was the most prudent course of action. We could have been happy staying in Maryland for hundreds of years.”

General Manager Jeff Cooper cited an earlier version of the statute introduced by the state Senate that would have prevented the company from producing or storing firearms in Maryland as a key reason for the move.

“While we were able in the Maryland House of Delegates to reverse some of those obstructive provisions, the possibility that such restrictions might be reinstated in the future leaves us very worried about the wisdom of maintaining a firearm manufacturing factory in the state,” Cooper told the Washington Times.

Beretta’s move will strip 300 jobs out of Maryland, according to Forbes.

The company began building a factory in Tennessee after the bill was passed, though this facility was solely going to be used for new equipment and the manufacture of new product lines. The threat of the further restrictions ultimately pushed the company out of Maryland.

“The chance we would go through that next legislative session or the one after that was just too great a risk for us to accept,” Reh said.