Bitcoin Voting and the Myth of the Un-Hackable Election 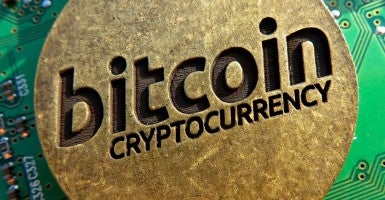 Bitcoin, the alternative to currency taking the Internet by storm, now may move to another mission.

Some advocates want to translate the technology into online voting. Advocates promise a utopian voting scheme driven by smartphones and apps that can overcome all the inherent vulnerabilities to classic e-voting thanks to Bitcoin’s un-hackable code. But the reality is that total security and anonymity online is a virtual impossibility (pun intended) – and both are absolutely crucial to a fair and reliable election.

Bitcoin might be the world’s first viable digital currency; it exists entirely in electronic form, and is regulated by a market of online buyers and sellers, rather than a nation and a central bank.

As a currency, it is an intriguing experiment. As the foundation of a democratic election, it quickly loses its luster.

Hacking is part of any Internet technology. Bitcoin cyber-attacks can take two forms—hacking Bitcoin itself or hacking the sites where users store their bitcoins. Imagine a crook deciding whether to rob a bank or take over the U.S. Mint: One gives you access to the money in the vault, the other allows you to make entirely new money. Bitcoin-proper has not been hacked yet, but that’s not to say the technology is totally secure. Bitcoin bank heists have led to hundreds of millions of dollars in Bitcoins vanishing overnight.

Enthusiasts tout the underlying security of Bitcoin itself, but even if the core software is never penetrated, all transactions must take place over the same hackable networks that left Target vulnerable. In a voting context, even if nobody cracks your actual vote, an able hacker (or foreign governments) could disrupt its transmission. In a worst-case scenario, a fundamental flaw might be discovered in the Bitcoin software somewhere down the line that exposes votes themselves to tampering. Consider that the “catastrophic” Heartbleed bug at the core of the Internet itself went undetected for years, exposing individuals’ passwords and private data.

That is why the Pentagon in 2004 canceled an Internet voting proposal for its personnel stationed overseas after computer experts pointed out security vulnerabilities they discovered “are fundamental in the architecture of the Internet and of the PC hardware and software that is ubiquitous today. They cannot all be eliminated for the foreseeable future without some radical breakthrough.” Bitcoin is not that breakthrough.

Even if Bitcoin technology could protect the integrity of votes after they are cast, that wouldn’t guarantee the vote’s integrity as it is being cast. Legally, polling places are protected areas. States establish zones within which electioneering is not allowed. And, of course, the vote itself is secret. But when votes can be cast from smartphones at every bus stop, Starbucks and bar in the country—or even worse, a union hall or political fundraiser—those those protections become unenforceable.

In fact, they open up real possibilities for candidates, unions and others not so interested in the integrity of the secret ballot to turn up the pressure to vote particular ways – and make sure they have eyes on your phone as you click ‘vote.’ It certainly would make vote buying and other forms of voter fraud easier to commit and almost impossible to detect. After all, how would you know who is actually casting the vote from the smartphone?

But perhaps the best reason not to roll out a major new digital initiative is that the government’s track record in this area is pretty abysmal. Blame the disastrous launch of Obamacare on what you will—poor planning, byzantine federal procurement rules or just plain old bureaucracy—the result is the same. But unlike healthcare.gov, e-voting wouldn’t have months to clean up a mess—it would have to get it right on day one.

Even for the very best Silicon Valley companies, perfect software launches are genuine feats. For Uncle Sam? Don’t count on it anytime soon.