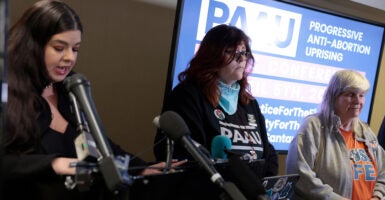 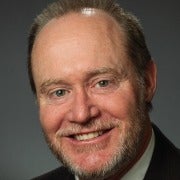 At the corner of Connecticut Avenue and I Street Northwest in the District of Columbia, residents and visitors walking under the springtime cherry blossoms pass by a beautiful bit of quasi-haiku posted for the city’s “Golden Haiku” contest:

A few blocks away, the bodies of 115 nameless preborn babies—a small number among the thousands aborted every year in the District—were recovered March 25 from Washington Surgi-Clinic on F Street Northwest.

The bodies were “medical waste” bound for the city’s incinerator, where they would have been burned to generate electricity to light the city streets.

Whatever the U.S. Supreme Court ultimately decides in June in the case of Dobbs v. Jackson Women’s Health Organization, it is crucial that we honestly face the reality of what Roe v. Wade and the Supreme Court’s abortion jurisprudence has done to the fabric of American society.

We can and should envision what a post-Roe America looks like, but we must do so with a commitment to the gruesome truth about what legalized abortion will continue to do post-Roe in tearing Americans apart in pro-abortion states that “codify Roe” and where abortion is perversely made a state constitutional “right.”

Most of the bodies were too small to have been viable, but five of the babies were significantly larger and were packed in separate containers.

One of the activists, Terrisa Bukovinac of Progressive Anti-Abortion Uprising, recalled in an interview:

And so, we opened the largest container first. Lauren [Handy] had triple gloves on. She reached in, and she immediately said, ‘This one is whole.’ And we’re all just watching.

And she puts a fully formed baby onto the table, who was—we could tell—much older than our 22-week fetal model, for example.

This baby was clearly over 30 weeks and completely whole, and his skin was pink.

He was just the most beautiful baby boy, and we just lost it in that moment. We were just all kind of holding on, being strong, trying to get through this.

And then this was just completely shattering emotionally. We were weeping. We were cursing the people that did this to him. It was just soul crushing to experience.

We named him Christopher X, and we thought there was definitely a significant chance that he might have been born alive.

Believing that D.C. and federal law might have been broken to kill these babies, Bukovinac and Handy referred the matter to the D.C. Medical Examiner’s Office.

The medical examiner reportedly declined to perform an autopsy on the bodies, as is routine in a homicide investigation.

Turning the focus of attention instead on the activists’ possession of the bodies, a D.C. police official told reporters that the babies appeared to have been aborted “in accordance with D.C. law, [and] there doesn’t seem to be anything criminal in nature about that except for how they got into this house.”

Unsatisfied with this typical “nothing to see here; move on” response, pro-life leaders (including Americans United for Life President and CEO Catherine Glenn Foster) and dozens of members of Congress have called upon D.C. law enforcement officials and the U.S. Justice Department to fully investigate the deaths of “the D.C. 5.”

Sadly, the deaths of the remaining 105 human beings have been passed over as a loss in view of the District’s extreme abortion laws: 4,552 abortions were reported in D.C. in 2019, and fully 1 in 3 children were aborted there.

Americans United for Life’s “State Spotlight” for the District confirms that the nation’s capital “provides virtually no protection for human life, failing to protect women from the harm inherent in abortion [or] to recognize and protect unborn victims of violence … .”

The District’s Strengthening Reproductive Health Protections Act of 2020 affirmed a “right to have an abortion as a human right in the District of Columbia” and prohibited discrimination against individuals based on their “reproductive choices,” including abortion.

The one positive provision of D.C. law—that taxpayer funds cannot be used for elective abortions—remains in place, thanks to congressional oversight of the District—despite D.C. leaders fighting for years to overturn it.

The District does not even extend basic protections for the right of conscience not to participate in abortions.

District law does, however, prohibit abortions after viability unless necessary to preserve the mother’s “life or health.”

Three physicians associated with the pro-life Charlotte Lozier Institute have reviewed the photographs and video of the five largest aborted babies, and stated publicly that they appear to be beyond viability.

Although “health of the mother” is an easily manipulated standard that has been interpreted to permit abortion on demand, thanks to the Supreme Court’s pronouncements in Roe v. Wade, it should have given D.C. officials a moment’s pause when confronted by the photographs of the D.C. 5, who were clearly in the latter stages of gestation.

In the absence of evidence that D.C. investigators reviewed the patient files in these cases and determined that valid health reasons existed for their deaths (however slim they might have been), we can only presume that they acted dismissively and presumptuously in refusing to bring charges.

The death of “Christopher X” and the four other aborted babies may be another matter entirely under federal law.

Marks consistent with having been aborted by the barbaric “partial-birth abortion” method were found, including clamp marks on the feet of at least one and a slash to the base of the skull on at least one other that would have been designed to allow the abortionist to vacuum out the infant’s brain, ensuring an abortion on delivery.

If proven, that would be a federal crime under the Partial-Birth Abortion Ban Act, 18 U.S.C. § 1531, which imposes a two-year imprisonment on a doctor “who knowingly performs a partial-birth abortion and thereby kills a human fetus.”

Congress in that law found that “[a] moral, medical, and ethical consensus exists that the practice of performing a partial-birth abortion … is a gruesome and inhumane procedure that is never medically necessary and should be prohibited” and that “[t]here is no credible medical evidence that partial-birth abortions are safer than other abortion procedures.”

The Supreme Court upheld the constitutionality of the Partial-Birth Abortion Ban Act in 2007.

Justice Anthony Kennedy stated a self-evident truth for the court, one that he needed no citation to a brief or learned treatise to declare. “Respect for human life finds an ultimate expression in the bond of love the mother has for her child … .” Kennedy said, adding:

Although abortionists may prefer to shield women from the details of “a decision so fraught with emotional consequence, [t]he state has an interest in ensuring so grave a choice is well-informed. It is self-evident that a mother who comes to regret her choice to abort must struggle with grief more anguished and sorrow more profound when she learns, only after the event, what she once did not know: that she allowed a doctor to pierce the skull and vacuum the fast-developing brain of her unborn child, a child assuming the human form.

Why are we constantly warned in online reports of the D.C. 5 incident that photographs of the babies are “graphic” and to view them advisedly? The pictures are hard to look at, but that’s the point.

We steel ourselves to watch video footage of Ukrainian bodies in the streets because we know it’s critically important to bear witness to the evil that killed them, and by doing so, honor their humanity.

The Charlotte Lozier scholars who examined the bodies harkened back to the words of William Wilberforce, an English member of Parliament in the late 1700s and early 1800s who was instrumental in ending the slave trade.

“You can choose to look away, but you can never again say that you did not know,” Wilberforce said.

The Supreme Court may be poised this summer to overturn the so-called constitutional “right to abortion” it found in Roe nearly 50 years ago. If it does so, it may be because the court finally confronted the reality of what abortion is and what it does to both the woman and the child she carries.

Half a century of looking away is a long time to live in willful ignorance, especially when human lives are at stake.