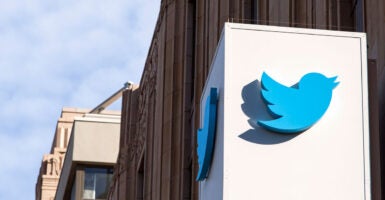 Twitter’s inaction on ProPublica's story based on the “illegal” leak of confidential tax information of the nation’s wealthiest people comes after the social media network outright blocked users in the run-up to the 2020 election from sharing a New York Post story about Hunter Biden’s laptop. Pictured: Twitter's headquarters in San Francisco. (Photo: Kim Kulish/Corbis via Getty Images)

Twitter took no action on a ProPublica story published Tuesday based on the “illegal” leak of confidential tax information of the nation’s wealthiest people that was shared widely on its platform.

Twitter’s inaction on the tax leak story comes after the social media network outright blocked users in the run-up to the 2020 election from sharing a New York Post story about Hunter Biden’s laptop for violating its Hacked Materials Policy, despite there being no evidence that the Post obtained the laptop as a result of a hack.

Both White House press secretary Jen Psaki and Treasury Department spokeswoman Lily Adams said the unauthorized disclosure of tax records to ProPublica was “illegal” and that the matter had been referred to federal authorities for investigation.

Twitter defines hacked materials as any information “accessed legitimately outside of approved systems or networks,” or any materials “where there is evidence that they were obtained through malware or social engineering.”

ProPublica did not disclose how it obtained 15 years of tax returns for thousands of the nation’s wealthiest people, however, the outlet said it obtained the data in its “raw form, with no conditions or conclusions.”

BREAKING: This morning @propublica has what I consider the most important story we have ever published.
It concerns a trove of secret IRS files we were given on the tax returns of the nation’s richest people. The findings are extraordinary.https://t.co/8aS94eaMj4

It’s not clear if a source within the IRS provided the information to ProPublica or if the tax returns were obtained via a hack, according to The Wall Street Journal.

“The unauthorized disclosure of confidential government information is illegal,” Adams said. “The matter is being referred to the Office of the Inspector General, Treasury Inspector General for Tax Administration, Federal Bureau of Investigation, and the U.S. Attorney’s Office for the District of Columbia, all of whom have independent authority to investigate.”

The social media giant modified its hacked materials policy in October after widespread criticism of its censoring of the Post’s coverage of Biden’s laptop, and Twitter CEO Jack Dorsey said during a congressional hearing on misinformation in March that it was a “total mistake” to block the story from being shared on his platform.

The Post reported that the copy of Biden’s laptop it obtained originated from the owner of a Delaware computer repair shop who said Biden dropped off his computer for repair but never returned to pick it up.

Biden has not addressed the authenticity of a repair quote that contains what appears to be his signature, his phone number, and his email address authorizing the shop to move data from his computer to a store server for data recovery.

“Tweets referring to a hack or discussing hacked materials would not be considered a violation of this policy unless materials associated with the hack are directly distributed in the text of a tweet, in an image shared on Twitter, or in links to hacked content hosted on other websites,” a Twitter spokesperson previously told The Daily Caller News Foundation.