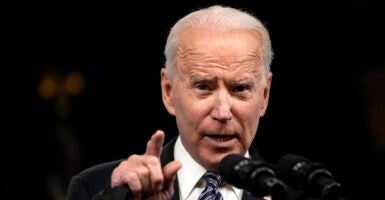 The Biden administration plans to supercharge critical race theory in our schools through federal rules and regulations, access to billions in taxpayer funding, and the imprimatur of the federal government. Pictured: Biden delivers remarks May 12 on the COVID-19 response and the ongoing vaccination program at the Eisenhower Executive Office in Washington, D.C. (Photo: Drew Angerer/Getty Images) 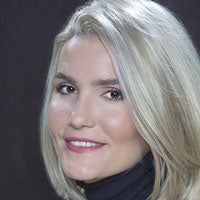 If the Biden administration gets its way, the federal government will soon be alternatively bribing and threatening every school district in the country to push divisive and damaging curricula on race in the classroom.

It would come courtesy of a proposed rule from the Department of Education, available for public comment until May 19. In announcing the rule, the Department cited the historically debunked 1619 Project from the New York Times, as well as the “scholarship” of Ibram X. Kendi, whose many radical arguments include a suggestion that every law in the country should be subject to the approval of an unelected board of “antiracist” academics.

But the rule’s consequences would be more than academic. It would infuse critical race theory into the whole of the federal government’s primary governing law concerning K-12 schools, the Elementary and Secondary Education Act. And if Congress standardizes state civics metrics, the rule will help shape the content of it (and do it with a billion-dollar-a-year cash infusion), unwittingly moved forward in a bipartisan way by Republicans.

Initially, the rule would apply only to a couple of small grant programs. But it wouldn’t stop there. Its introduction would follow a pattern similar to that of other unpopular national curriculum efforts, such as Common Core, which gained entrée to classrooms all over America through a carrot-and-stick approach.

Critical race theory is already engendering strong pushback from parents and state legislatures, incensed by an ever-growing list of outrages.

In New York City, parents lamented that white students as young as ten years old are learning that they are perpetuating the problem of racism and that their families are racist. In North Carolina, a teachers’ conference focused on “whiteness” and “disrupting texts.” In Oregon, teachers were encouraged to take “ethnomathematics” in order to “dismantl[e] racism in mathematics.” In California, teachers were taught to hide radical left-wing indoctrination from students’ families.

Now Washington proposes to do another end-run around parents through Department of Education bureaucracy, one that will add jet fuel to the already-burgeoning industry of radicals, grifters, and consultants all intent on hocking an ideology that drives a wedge between students of different backgrounds and divorce students of color from any feelings of patriotism for their country.

States are already responding to teachers’ union-led school closures against scientific advice by proposing school choice programs. No fewer than thirty state legislatures are considering new and expanded options that would empower parents to take their education dollars to whatever learning option best suits their children.

It’s imperative that parents be freed financially from dependence on public schools that will be tempted to take the grants offered under this proposed rule. However, school choice will be effective if parents are involved—and vigilant, because as recent events have demonstrated, private schools are not immune to this pernicious ideology.

In a recent open letter, Paul Rossi, a school teacher at a private school in New York City, walked through how his school has implemented “antiracist” teachings and how those teachings are impacting children. As Rossi explains, critical race theory and its calls to “undo history . . . lacks any kind of limiting principle and pairs any allegation of bigotry with a priori guilt.”

Or take the case of Brearley parent Andrew Gutmann. Brearley is a tiny $54,000-per-year private school that now requires parents to sign an “antiracism pledge” prior to admission. Gutmann recently pulled his daughter from the school and penned a scathing letter on the pernicious nature of critical race theory. “I cannot tolerate a school that not only judges my daughter by the color of her skin, but encourages and instructs her to prejudge others by theirs,” he said in his letter.

The fight is everywhere. Critical race theory is turning Americans against one another by weaponizing what used to be the fantasies of tenured professors in dimly lit offices of the ivory tower, now transmitting it through colleges of education to teachers who carry it into the K-12 classroom. The Biden administration now plans to supercharge that effort through federal rules and regulations, access to billions in taxpayer funding, and the imprimatur of the federal government.

Children deserve better than to have the emotional distress of critical race theory inflicted upon them. Parents must make their voices heard at the more than fourteen thousand school boards across the country. Taxpayers must shout “no” to their hard-earned money being used to further this pernicious ideology. And people must have the courage to speak out against this great threat to the greatest country in the world.