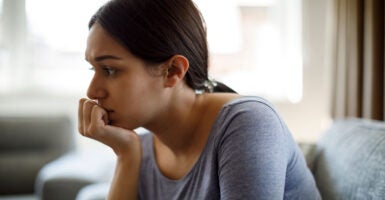 A new report highlights a significant number of cases of unsafe or unsanitary conditions in abortions clinics, putting women at risk. Clearly, the Supreme Court has completely failed in its self-appointed role as the national abortion control board, or else these violations would have come to light years ago. (Photo: damircudic/Getty Images)

Clarke D. Forsythe is senior counsel of Americans United for Life and author of “Abuse of Discretion: The Inside Story of Roe v. Wade.”

When the Supreme Court makes an important decision that influences the entire nation, it’s flashed across the media for a day and then forgotten. Rarely is the practical impact of the decision reviewed afterward. But a new report provides insight on how recent Supreme Court decisions regarding abortion clinics have resulted in a public health mess.

The Supreme Court’s Whole Woman’s Health v. Hellerstedt decision of 2016 and June Medical Services LLC v. Russo decision of 2020 nullified important health and safety regulations for abortion clinics in Texas and Louisiana. They also cast doubt on the same laws in every other state, prompting some to wonder if those laws were ever necessary.

The Guttmacher Institute estimates that in 2017, “over 862,000 abortions were performed in the U.S., with only 5% in physicians’ offices and hospitals.” That means that abortion clinics are where the vast majority of abortions are performed.

Americans might ask, “What’s this have to do with the Supreme Court? The court isn’t responsible for what goes on in clinics.” While the Supreme Court isn’t supposed to be, it assumed unprecedented control over abortion clinics in 1973 in Roe v. Wade.

Justices Byron White, Sandra Day O’Connor and Clarence Thomas later referred to the court’s role as “our continued functioning as the nation’s ‘ex officio’ medical board with powers to approve or disapprove medical and operative practices and standards throughout the United States” in Planned Parenthood of Central Missouri v. Danforth.

The court is the national abortion control board, as it just reaffirmed five months ago in June Medical.

After Whole Woman’s Health v. Hellerstedt, Americans United for Life released a report documenting that 227 abortion businesses in 32 states were cited for more than 1,400 health and safety deficiencies between 2008 and 2016.

Now, in the wake of June Medical Services LLC v. Russo, Americans United for Life has dug even deeper and released in January “Unsafe 2021,” the first comprehensive, 50-state investigation and analysis of all publicly available abortion facility inspection reports from the past 10 years.

“Unsafe 2021” reveals that at least 180 abortion facilities in 32 states have been cited for failing to ensure a safe and sanitary environment for their patients. Common violations include: failure to follow hand-washing protocols, failure to convene infection control committees, and the refusal to develop infectious disease protocols.

Other violations documented by state officials included facilities that were generally “unclean,” including some where there was evidence of bloody drainage and fluids on exam tables. Dried blood or rust was found on equipment. Instruments labeled as “sterilized” displayed dried blood or rust. Reusable equipment and instruments were not cleaned and sterilized. Contaminated syringe containers were stored incorrectly. The bodily remains of aborted infants were stored in the same refrigerators as employees’ lunches.

The U.S. has never had a reliable, national system of abortion data collection, reporting, and analysis. There is no federal statute that compels the collection and reporting of public health data from abortion clinics or of data on complications or health and safety violations.

And clearly, the Supreme Court has completely failed in its self-appointed role as the national abortion control board, or else these violations would have come to light years ago.

The Texas and Louisiana regulations struck down by the Supreme Court required abortionists to be credentialed and able to admit patients to local hospitals in the event of medical complications after abortion. These same regulations apply to other outpatient surgical centers.

As the Association of American Physicians and Surgeons told the Supreme Court, “Louisiana has long required every [ambulatory surgical center] physician to have admitting privileges at a local hospital (in addition to hospital transfer agreements)… the same privileges requirement that Louisiana Act 620 placed on abortion providers.”

Contrary to the objections of abortion providers, the problem is not that pro-life advocates and lawmakers are “targeting” abortion clinics. Rather, they are attempting to fill a vacuum that the courts have created since the 1970s by exempting abortion clinics from generally applicable health and safety requirements of surgery centers across the 50 states.

As four dissenting justices in June Medical wrote, “There is ample evi­dence in the record showing that admitting privileges help to protect the health of women by ensuring that physicians who perform abortions meet a higher standard of compe­tence than is shown by the mere possession of a license to practice.”

Due to the Supreme Court’s lack of medical expertise and reliable data about abortion and conditions in abortion clinics, the court should defer to the well-informed opinions of state and local public health officials.

And yet, it has refused to do so in many cases, with June Medical being the latest refusal. The Supreme Court defers to abortionists instead of public health officials about the conditions in abortion clinics. It would never treat any other industry in America with such nonchalance—and as a result, the health of thousands of women are being put at risk.