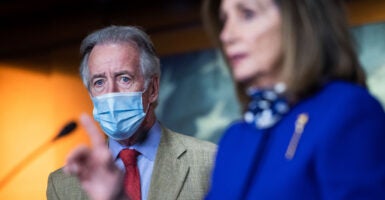 House Ways and Means Committee Democrats recently released their framework to “make our nation a more just and equitable place.”

The goal of lifting more “people onto career ladders” and providing more robust economic opportunities for American families is admirable. But the committee’s framework simply expands tax programs that have for decades failed to meet those goals.

Instead of a long list of complicated new and expanded federal programs, American workers would benefit more from an agenda that keeps taxes low, constrains spending, and removes regulatory barriers to work and employment.

As part of a strategy to invest in underserved communities, the framework proposes expanding two federal programs with a long history of poor results. Similar federal development initiatives have left people worse off.

Wide-ranging surveys of past attempts at community development find that the initiatives produce few positive results for the intended recipients. Historically, residents of targeted communities don’t see increased wages following the aid, but they do experience rising rental costs.

Higher living costs without higher wages resulted in a lower standard of living for the communities the politicians were trying to help.

Specifically, the framework highlights the New Markets Tax Credit, which is ineffective at meeting its goals of increasing community investment and development. A study of the program found that the incentives primarily relocated existing projects, rather than spurring new community investment.

Similarly, the proposed expansion of the Low-Income Housing Tax Credit is another well-intentioned policy that fails by every metric. Designed to subsidize up to 70% of the cost of new low-income housing, the program is rife with corruption and artificially inflates the cost of new projects by about 20%.

One study estimates that as much as three-quarters of the subsidy’s cost is captured by developers, investors, lawyers, and accountants, instead of the intended renters.

Subsidies from Washington can leave communities poorer than when they started because they fail to address the underlying barriers to opportunity, such as lack of educational choice, limitations on worker freedoms, and regressive regulatory restrictions.

Government programs are not effective at improving work opportunities for disadvantaged workers.

Programs such as the Earned Income Tax Credit and the Work Opportunity Tax Credit often garner bipartisan support as seemingly easy solutions to poverty, but they have a shaky record when it comes to improving work outcomes.

The Earned Income Tax Credit is one of the government’s largest means-tested cash benefits and functions as a wage subsidy for parents with children. The framework proposes expanding the tax credit’s benefits for non-parent workers and would lower the eligibility age.

Two recent experiments with increasing the Earned Income Tax Credit to childless workers in New York City and Atlanta showed very small or no impact on employment, no increases in earnings, and the larger benefits did not impact other crucial indicators of well-being.

Similarly, a recent reexamination of the employment impacts of the program found the tax incentive “has not had any clear effects on labor supply.”

The Work Opportunity Tax Credit, which is intended to encourage hiring of disadvantaged workers, is poorly targeted and also has been shown repeatedly to have no sustained effect on wages or employment.

In a survey of 60 businesses that claim the credit, just one said the tax credit affected hiring decisions.

The welfare state already costs the taxpayer $1.1 trillion a year. Instead of expanding it, policymakers should start by targeting assistance to the most disadvantaged and require the able-bodied to work for benefits.

Pro-growth policies that keep taxes low and allow businesses to expand are essential to support sustainable job creation and wage growth as Americans experienced before the current coronavirus-induced economic crisis.

No Mention of How to Pay for It

Nowhere in the framework does the committee outline a key campaign pledge of the Democrats; namely, to increase taxes. Nor is there a mention of how they plan to cover the hundreds of billions of dollars in new tax and spending proposals.

This framework and other proposals in Congress make it unlikely that the free-spending consensus in Washington will come to an end anytime soon.

In the absence of spending cuts—the opposite of what is being proposed—taxes will have to increase. And not just tax increases on the “rich.” Across Europe, funding big government means high taxes on everyone.

In fact, it is mathematically impossible to pay for significantly larger government with only tax increases on high-income earners. That’s why a lower-income European earning $40,000 pays $6,000 more in taxes—an extra 15% of their income—than they would in America.

Before the pandemic and following historic tax reform and regulatory restraint, American workers experienced the largest wage gains ever recorded.

In 2019, real household income reached an all-time high by growing $4,400 (a 6.8% one-year increase). The income gains were largest for minorities and lower-income earners, and as a result, income inequality declined.

If Congress wants to help more Americans find jobs and economic opportunity, they should focus on keeping taxes low and continue to remove regulatory barriers to increase worker freedom, investment, and employment.

The committee’s tax framework instead relies on programs that have failed for decades and obscures the fiscal reality that its agenda will require taxes that increase costs and decrease wages for all Americans.