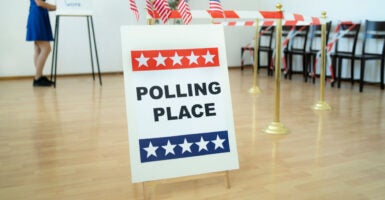 While Texas’ lawsuit wasn’t successful, it raises serious issues regarding election integrity and constitutional law that ought to be addressed going forward. (Photo: Vladimir Vladimirov/Getty Images)

The U.S. Supreme Court issued a short order Friday night declining to hear Texas’ recently filed lawsuit against Pennsylvania, Georgia, Michigan, and Wisconsin. Texas sought to invalidate the results of the 2020 presidential election in those states.

But the Supreme Court never addressed those issues.

Instead, the high court denied Texas’ request to file the case, or “bill of complaint,” for “lack of standing under Article III of the Constitution.”  The court went on to explain that this means, “Texas has not demonstrated a judicially cognizable interest in the manner in which another State conducts its election.” Basically, Texas isn’t the right party to bring this suit.

Justice Samuel Alito filed a statement, which Justice Clarence Thomas joined, in which he said that “in my view, we do not have discretion to deny the filing of a bill of complaint in a case that falls within our original jurisdiction.”

But Alito went on to say that while he would have granted Texas’s motion to file the case, he “would not grant other relief”—meaning there would be no difference in the outcome.

This case caused interest across the country because of the extraordinary relief it sought, and because Texas filed it directly with the Supreme Court, seeking to invoke something called its “original jurisdiction.”

Very few cases are filed directly with the Supreme Court; most make their way to the court after having first been heard in either the lower federal courts or state courts.  Original jurisdiction cases frequently involve disputes between two or more states, as this one did.

As my colleague Hans von Spakovsky wrote shortly after Texas filed its case, “this is the legal equivalent of a Hail Mary pass.  While the questions raised are serious ones, it is unlikely the Supreme Court will address them at this time . . . [, and] these issues will likely be repeated in future elections.”

Since that’s true, it’s important for states to begin taking steps now to fix the problems that arose this past election cycle.  Michigan, for example, could do things like require photo ID to vote, ensure accurate and up-to-date voter rolls, encourage in-person voting, and make the vote tabulation process transparent and accessible for review.

These are just beginning steps, but they’re a good start.

As for this election, one challenge about the Pennsylvania Supreme Court’s order requiring election officials to count late-arriving absentee ballots remains pending.  But the U.S. Supreme Court likely won’t decide whether to hear it before the Electoral College casts its votes Monday, and the number of absentee ballots explicitly at issue wouldn’t alter the outcome of the presidential election.

Still, while Texas’ lawsuit wasn’t successful, it raises serious issues regarding election integrity and constitutional law that ought to be addressed going forward.