Canadian Aluminum is Not a Threat to US National Security 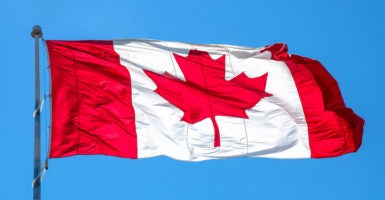 A recent spike in aluminum imports from Canada has prompted the Trump administration to consider imposing tariffs under Section 232 of the Trade Expansion Act. (Photo: Roberto Machado Noa/LightRocket/Getty Images)

The Trump administration is considering applying tariffs or quotas to aluminum imports from Canada over concerns about a recent spike in imports from the country.

The administration points to Section 232 of the Trade Expansion Act, a trade law that allows the president to impose tariffs on imports that impair or threaten to impair U.S. national security (following an investigation by the Department of Commerce), as the basis for being able to take such an action.

However, this would be a misuse of Section 232, as the recent increase in aluminum imports poses no threat to U.S. national security.

Moreover, the move would needlessly strain America’s relationship with one of our longest-standing allies. It would also overturn previous commitments to remove trade barriers with our northern neighbor.

In 2018, the U.S. exempted Canada from tariffs previously applied to aluminum imports from most other countries, which was a key step to get Canada to sign the United States-Mexico-Canada Agreement. This was a positive move to reduce tension between the U.S. and Canada, and to maintain the free flow of aluminum across the border.

The two parties also signed an agreement in 2019 in which the two countries established an import monitoring process, signaling a continued commitment by both sides to cooperate on aluminum trade.

Some argue that this agreement permits the U.S. to reimpose tariffs on aluminum against Canada because the agreement states that “the importing party may impose duties of 25% for steel and 10% for aluminum in respect to the individual product(s) where the surge took place.”

Under Section 232, the president has 90 days to impose restrictions following an investigation—a timeframe that ran out for the existing aluminum tariffs in 2018. Therefore, due to the limitations of Section 232, the 2019 agreement with Canada is moot.

The limitation of Section 232 due to the deadline was made clear during a recent case regarding steel imports from Turkey. After the administration attempted to double steel tariffs on the country, the U.S. Court of International Trade determined that the “president’s expansive view of his power under Section 232 is mistaken, and at odds with the language of the statute, its legislative history, and its purpose.”

The administration would need to conduct a new Section 232 investigation into imports of aluminum for the possibility of new tariffs on Canada, or any other country, under the law.

However, a new investigation would be entirely inappropriate in this case, because aluminum imports from Canada do not threaten U.S. national security. The Commerce Department even stated in its original aluminum report that Canada is “highly integrated with the U.S. defense industrial base and considered a reliable supplier.”

Today, imports of aluminum from most countries into the U.S. are subject to 10% tariffs, which shifts the calculus for American businesses looking to purchase the product. Some may source domestically, but the price of aluminum in the U.S. is higher than in other countries.

The aluminum tariffs currently in place have cost American businesses and families $2.1 billion since they were imposed.

At the same time, the spike in recent months is relatively close to historical trends. Americans will source roughly 14% of aluminum imports from their northern neighbor, only 2% above the average annual amount imported from Canada between 2015 and 2017.

Imposing aluminum tariffs on imports from Canada would not only be a mistake, but it would represent another misuse of Section 232 by the administration.

Rather than count on the courts to make clarifications in the law that protect against unjust tariff hikes, Congress should reform Section 232 immediately.

Reform should prioritize moving the investigation process to the Department of Defense—which should be tasked with looking at the needs of defense programs rather than broadly at national security—and require Congress to vote on proposed Section 232 tariffs through an approval resolution.