‘Severe, Fundamental Security Failures’ in This Federal Agency Need to Be Investigated 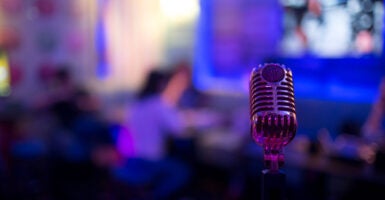 The Global Media Agency is a federal agency that operates various state-run media outlets, and Pack has headed it since June 4. In his press release, Pack said he plans to call on Congress to investigate potential security breaches and poor management practices at the agency.

Even for someone whose brief tenure has been characterized by unprecedented and swift actions to clean out top layers of management, this stands out.

This is a bold request. But there is no doubt that congressional oversight of the Global Media Agency is long overdue. As stated by Pack:

Multiple in-depth assessments of the U.S. Global Media Agency have been conducted by other federal agencies. These assessments reveal systemic, severe, and fundamental security failures, many of which have persisted for years.

We are working closely with our federal partners to ensure that findings are addressed swiftly and appropriately. Because of the nature of the findings, I further requested meetings with the chairmen and ranking members of the agency’s congressional committees.

I also ordered a comprehensive investigation of the U.S. Global Media Agency operations because I am concerned that the failures identified compromise the agency’s ability to fulfill its mission, undermine the efficiency and effectiveness of the federal workforce, and pose a threat to U.S. national security.

Decisive action is required to protect our country, the integrity of the agency, and the safety of our journalists in America and abroad.

Despite the fact that every new president is entitled to name his own management team at the Global Media Agency, as at other federal agencies, holdovers from the Obama administration were running the agency until June.

Outrageously, it took the Senate two years to confirm Pack. During this time the mainstream media, aided by sources inside the agency, portrayed him unfairly as a stooge of President Donald Trump and under the influence of former presidential adviser Steve Bannon.

Once he was confirmed, Pack took swift action and fired the directors who had not already left, as well as the board members of Voice of America, the agency’s surrogate broadcasters, and the Open Technology Fund, a nonprofit dedicated to global internet freedom housed within the agency.

Congress must investigate many serious issues with the agency, particularly the highly questionable multimillion-dollar acquisitions of communications platforms under the agency’s former chief operating officer, John Lansing, and Voice of America’s former director, Amanda Bennett. In some cases, proper bidding procedures for contracts may have been skirted and government specifications not followed.

Another issue that must be investigated: actions that exposed the agency to foreign infiltration, specifically the Mandarin Service, which broadcasts into China.

Despite staff members’ internal complaints that managers showed deference to the Chinese government and encouraged staff to attend events at the Chinese Embassy in Washington, D.C., no actions were taken.

The strict regime of language exams and security protocols that used to be par for the course in hiring foreign journalists has fallen by the way side. As we head further into a confrontation with communist China, this is clearly important to investigate.

Pack’s move to kick the ball into the court of the congressional oversight committee counters the narrative that the Trump White House is pulling the strings. If Congress does its job, it could be an important step in reforming the Global Media Agency.

It also would render the charge that Trump simply wants the agency to be a propaganda mouthpiece for his policies plainly absurd.

It is in part because so few members of Congress have shown an interest in U.S. international broadcasting and, more broadly, public diplomacy that highly questionable actions by the agency’s management have gone unchallenged.

Pack is right. This should change.