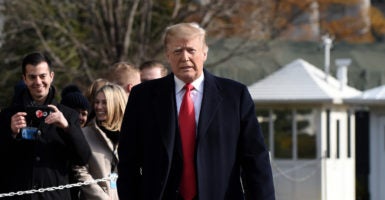 Without fail, every time a Trump nominee gets closer to a Senate confirmation hearing to head the International Broadcasting Bureau, the media pounces and sounds the alarm.

The most recent case in point is a New York Times article dated Dec. 12 and headlined, “Troubled by Lapses, Government’s Voice to the World Braces for New Trump Management.” The article details abuses and incompetence at the Office of Cuba Broadcasting—a sister agency to Voice of America—as well as at the Mandarin and Nigerian services.

The article predictably wraps up by striking a tone of fear and uncertainty over the long-awaited Senate hearing of documentary filmmaker Michael Pack to lead the broadcasting agency.

The delay in getting President Donald Trump’s appointees into the leadership of U.S. broadcasting has allowed his critics to marshal their forces. A bill sponsored by Sens. Bob Corker, R-Tenn., and Bob Menendez, D-N.J., to strip Trump appointees of the power to hire or fire personnel was rushed through the Senate Foreign Affairs Committee in late November. The measure would entirely undermine recent efforts at improving the troubled agency.

The fact is that Obama appointees are still running the show at the U.S. Agency for Global Media, as they recently renamed the broadcasting agency. (It used to be called the Broadcasting Board of Governors.) Chief among those appointees are CEO John Lansing, formerly of Scripps Howard, and Amanda Bennett, former Wall Street Journal reporter and wife of Donald Graham, chairman of The Washington Post Co.

The hysteria of the media has been predictable, but this time, Trump has himself partially to blame.

In a tweet on Nov. 26, Trump mused that “While CNN doesn’t do great in the United States based on ratings, outside of the U.S. they have very little competition. Throughout the world, CNN has a powerful voice portraying the United States in an unfair and false way. Something has to be done, including the possibility of the United States starting our own Worldwide Network to show the World the way we really are, GREAT!”

….and false way. Something has to be done, including the possibility of the United States starting our own Worldwide Network to show the World the way we really are, GREAT!

Whether Trump was even aware of existing U.S. government broadcasting is unclear.

Losing no time to react, Bennett, director of Voice of America, rushed forward with a spirited defense of her network, writing in The Washington Post, “We think our credibility is rooted in the interpretation of the second half of Trump’s proposal. We, too, think our job is to show our country as it really is—through journalism based on fact.”

While Trump’s tweet appears to confirm fears that he would turn Voice of America and the other broadcasting agencies into propaganda arms, reality has been far different during his two years in office.

If anything, the White House has been MIA and has treated the U.S. government’s broadcasters with profound indifference. The White House has made minimal effort to put in place its own political appointees and to direct the much-needed reforms passed by Congress and signed into law by President Barack Obama in December 2016. Even Hillary Clinton in congressional testimony described U.S. international broadcasting as “defunct.”

It is past time for the White House to move to put its stamp on U.S. international broadcasting.