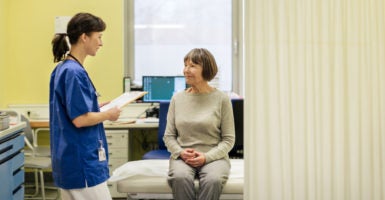 Over 40% of emergency and inpatient procedures result in an out-of-network bill. No patient wants to receive a large medical bill in the mail, particularly when they try to only use network providers. (Photo: Getty Images) 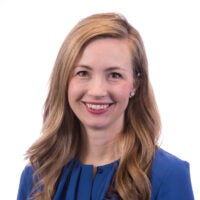 As the COVID-19 pandemic sweeps the country, threatening lives and livelihoods alike, Congress has suddenly found its ability to legislate again.

The Senate has cancelled its recess, and many lawmakers have been remarkably focused on fighting the disease and protecting Americans.

Despite some delays and the usual partisan tug-of-war, lawmakers have quickly passed two important, though imperfect, emergency coronavirus packages. This week, they are preparing a third bill, a massive package to help Americans weather the economic storm.

But a few lawmakers are attempting to use this emergency package to push an unrelated government takeover through medical rate-setting, effectively using a crisis to hurt American patients and health care providers on the front lines of this pandemic.

Their proposal proposes to fix the issue of “surprise billing”—the nasty shock when an insured patient receives an unexpected medical bill for thousands of dollars, sometimes more.

Instead of helping consumers to avoid these bills, their language would instead create a complex government scheme of rate-setting. The idea would shortchange doctors across the country, particularly in rural areas, who are already in danger from the pandemic.

Rate-setting would force non-network facilities to accept a “benchmark rate” for their services instead of their list price.

By banning doctors from setting their own rates, such a measure would be a gift to insurance companies while causing enormous financial losses for local hospitals and emergency rooms.

After California adopted a similar measure in 2017, the vast majority of doctors in the state reported that the law made it more difficult for independent offices to stay open and to work with insurers.

Rate-setting would also incentivize insurance companies to drop more expensive facilities from their network, possibly at the expense of quality. Worse, it would be one step closer to socialized medicine.

Surprise billing is a real problem, and it deserves a real solution. It usually happens as a result of patients unknowingly receiving out-of-network care, like when an in-network surgeon contracts with an out-of-network anesthesiologist.

Over 40% of emergency and inpatient procedures result in an out-of-network bill, though not all are unexpected. No patient wants to receive a large medical bill in the mail, particularly when they try to only use network providers.

It’s a problem that we have to address. But a pandemic is the wrong time to do so.

Thanks to the hard work of congressional negotiators and President Donald Trump, the package passed this week in the Senate ensured that coronavirus testing would be free to all Americans—no one will receive a bill.

In addition, some nationwide insurance companies have already promised no coronavirus surprise bills. From Congress to the C-suite, America’s leaders are committed to both helping struggling Americans and encouraging public health—a rare moment of unity.

So if the health care industry is working to eliminate surprise bills for the coronavirus, why would pro-rate-setting members of Congress push legislation on the issue now?

It’s because no one wants to be on record voting against an emergency coronavirus bill. It’s a politically convenient vehicle to squeeze through a massive government expansion into health care.

But there’s a better approach. Once the coronavirus crisis is over, lawmakers should revisit surprise billing using a free-market approach. Instead of creating new rate-setting schemes, they should work to unleash the power of the American system.

If there’s anything we should learn from a pandemic, it’s that we need health insurance networks to be larger and higher quality, not smaller and worse.

To do this, we should first require price transparency and truth in advertising for health care. In what other industry do you not know what you are going to pay until after your transaction? Medical bills are the equivalent of driving off the lot with a new car, then receiving a bill for between $100 and $100,000.

By requiring providers to list their prices up front, and requiring insurers to accurately advertise their networks, patients can make informed choices and protect against surprise bills.

Of course, patients can’t always price shop, or even go to network hospitals. An unconscious person cannot act like a consumer. That’s why Congress should ban balance billing in the most narrow of circumstances: emergency care at non-network facilities.

No one with insurance should regain consciousness to find a five-figure ER bill waiting for them. Regulations already mandate that insurers pay emergency providers the insurers’ usual rate—those providers should not charge additional costs to consumers unable to choose for themselves.

America needs creative, free-market solutions for surprise billing—only after this crisis is over. If the members of Congress pushing this proposal get their way, Americans could emerge from this crisis only to find their elected officials have sent them a nasty surprise bill of their own.

Government rate-setting is a bad idea during peacetime. During a pandemic, it’s malpractice.