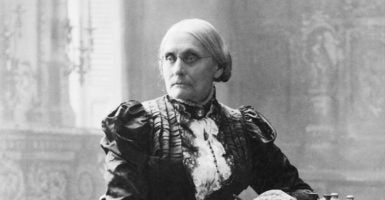 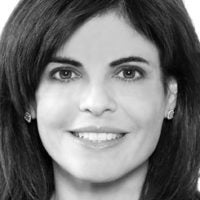 This year marks the 100th anniversary of the 19th Amendment, which granted American women the right to vote and catapulted them out of the shadows of dependence into the full sunlight of long-awaited civic freedoms.

The right to vote was only the beginning of a long list of goals achieved by the early women’s right movement. It also gained for us the right to control our property, to defend ourselves and our children from abusive husbands, to earn advanced degrees, and join professions reserved for men.

But one right the early feminists did not fight for was the right to abortion. On the contrary, they understood abortion not as a woman’s right, but a wrong against our sex. It is today’s pro-life women that fully preserve the suffragists’ ideals.

Decades of strident abortion activism have obscured this important piece of history, as today’s feminist activists have gone from demanding that abortion be “safe, legal, and rare” to the outright celebration of “shout your abortion.”

Yesterday’s courageous suffragists would be shocked and saddened by today’s pro-abortion feminists’ complete disregard for the nature of abortion and its effects on women.

The first feminists felt keenly that abortion was not an act of liberation, but of coercion—not a triumph, but a tragic defeat. Abortion did not empower women, but degraded them, treating their fertility as a defect and their sons and daughters as disposable.

They also understood that abortion empowered unscrupulous men by absolving them from all responsibility in the sexual act.

The very basis of the equal rights movement was the inherent dignity of every human person. It makes perfect sense that such a movement should frown on abortion and infanticide, acts that end the life of a defenseless child.

The suffragists understood that young lives were being sacrificed due to crushing poverty, the irresponsible behavior of selfish men, and the callous indifference of the wider society. They also understood that women, in their powerlessness, resorted to the unnatural acts of abortion and infanticide to save themselves.

Women’s enfranchisement, the suffragists felt, would give them the longed-for ability to receive and raise their children.

“Sweeter even than to have had the joy of caring for children of my own,” Susan B. Anthony said, “has it been to me to help bring about a better state of things for mothers generally, so that their unborn little ones could not be willed away from them.”

One hundred years later, hundreds of thousands of “unborn little ones” are willed away from American women each year. And not because of crushing poverty or unjust laws, but because we have allowed ourselves to be hoodwinked by the false promise of “sexual liberation”—deceived into treating our fertility like a disease and our “unwanted” children as consequences that can be flushed away.

Our sex has come a long way, and we enjoy privileges and opportunities inconceivable in the grand scope of human history. But the awful fact is that today, we are sacrificing far more of our children to abortion than we did when the women’s movement first began on pro-life terms.

Pro-life women are eager to complete the work our foremothers began. Many thousands of us will gather at the 2020 March for Life in Washington, D.C., which this year proudly and truly proclaims that “Pro-Life is Pro-Woman.”

My sisters and I will march this week for full liberation for ourselves, our daughters, and our sons—a liberation that acknowledges our full rights as women and the dignity of our unborn children.